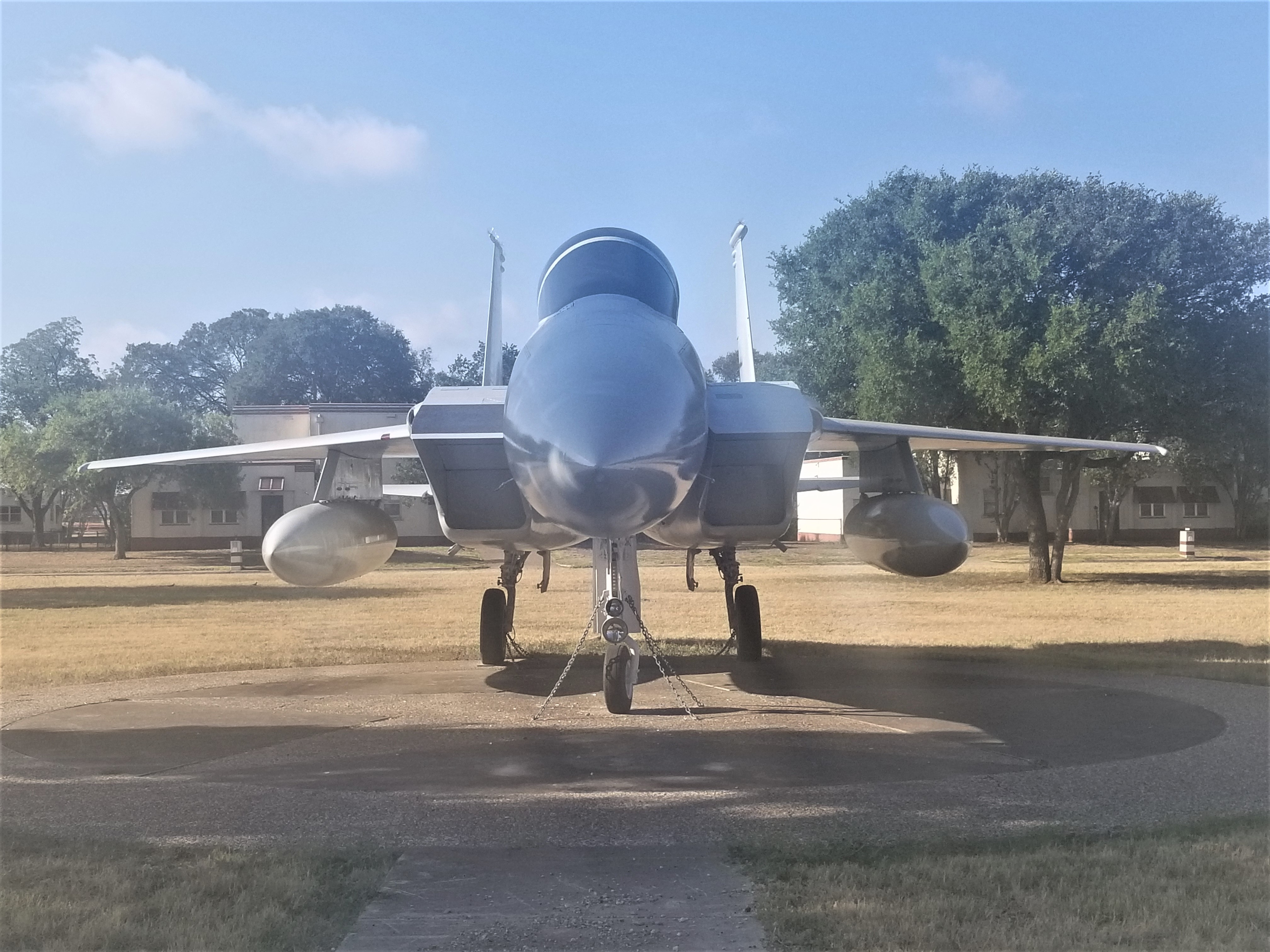 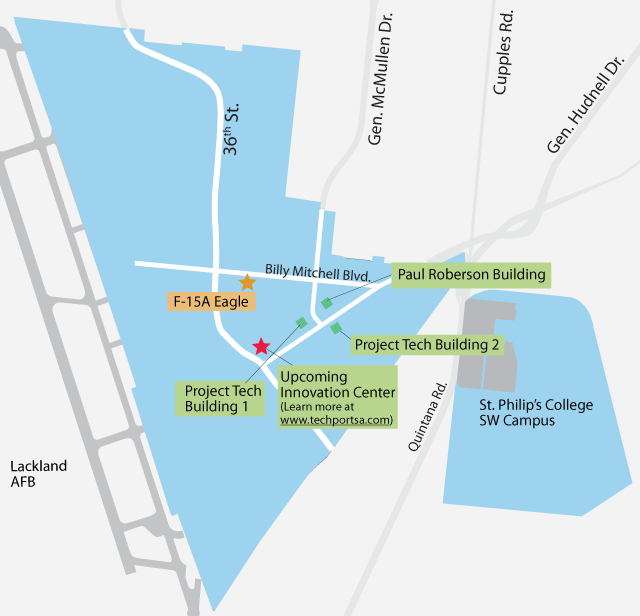 The Air Force initially selected the F-15 in December 1969 to meet its requirement for a new all-weather tactical aircraft. It was designed to gain and maintain air superiority in aerial combat and to outperform and outfight any current or projected enemy aircraft. 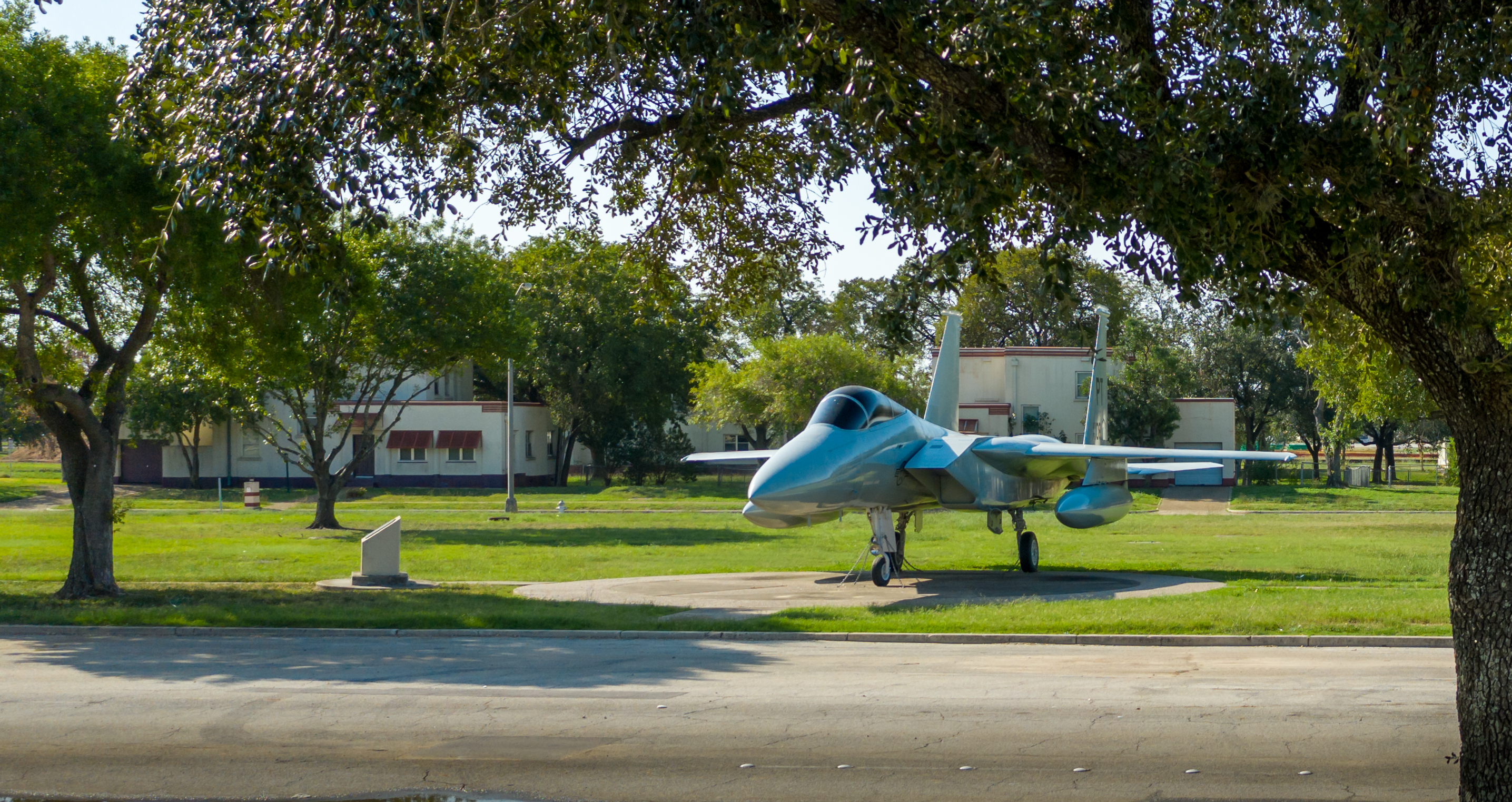 The Eagle's most notable characteristics were its great acceleration and maneuverability. It was the first U.S. fighter with engine thrust greater than the basic weight of the aircraft, allowing it to accelerate while in a vertical climb. Its great power, light weight and large wing area combined to make the Eagle very agile.

Additionally, the F-15A Eagle was the first Air Force fighter designed with an advanced guidance system that displayed steering/weapon system information on a computer screen for the pilot, and it was able to distinguish low-flying moving targets from ground clutter. 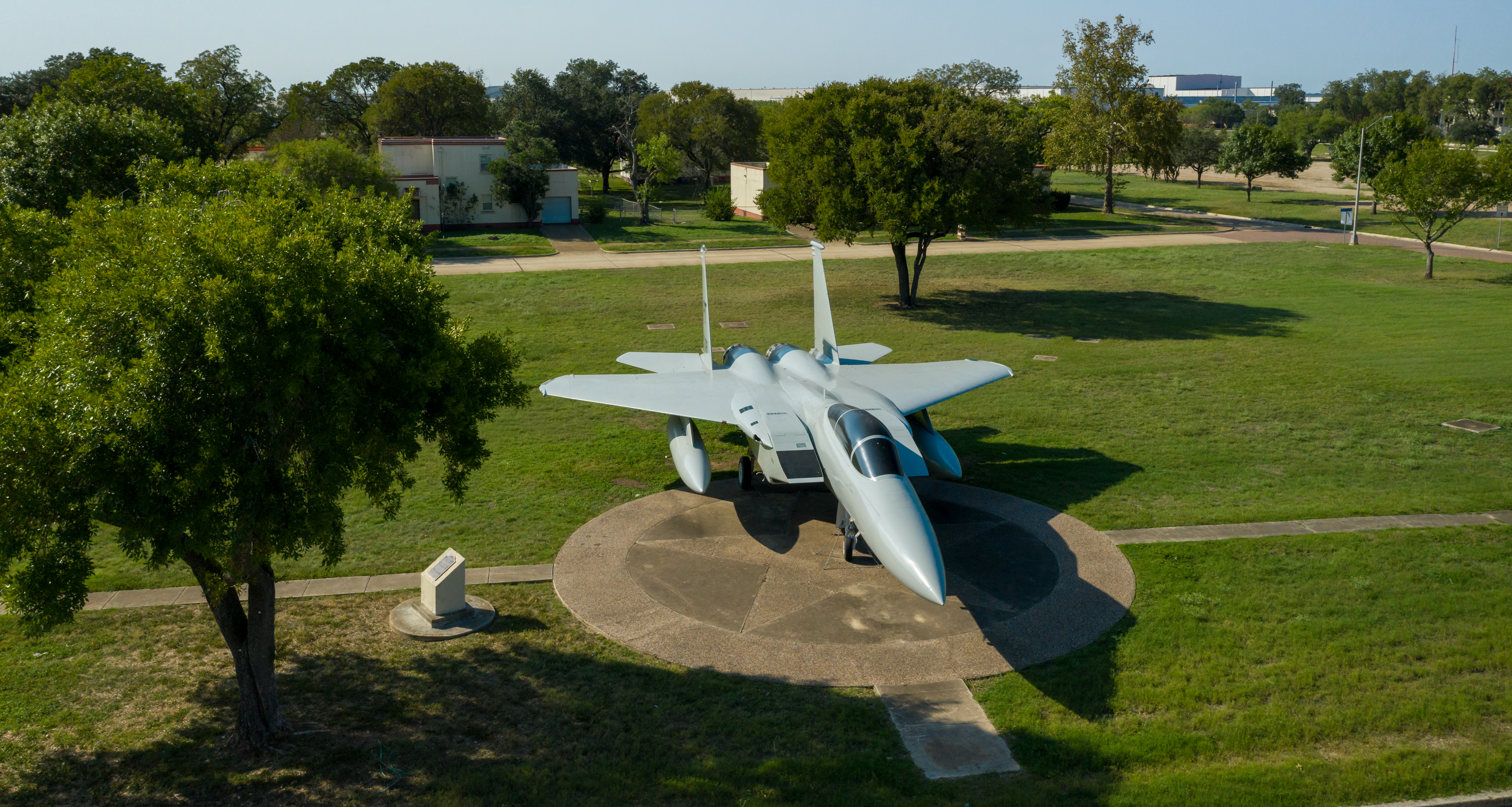 In 1974, the San Antonio Air Materiel Area (SAAMA) at Kelly AFB — the lead air materiel area new aircraft — changed its name to the San Antonio Air Logistics Center and subsequently welcomed the first F100 engines, which powered the F-15A Eagle. Primarily used as a trainer, this first engine was also used as a prototype repair engine to determine the adequacy of planning documents, technical data, tools and equipment.

The Eagle's engine was divided into five modules, with defective modules being easily removed and replaced with spares to return the engine to service more rapidly. Another unique aspect of the F100 engine was the on-condition maintenance feature, which occurred if an inspection team determined that the rest of the modules were in good working order.

The F100 engine became a major engine workload for Kelly AFB in the late 1970s, as both F-15 Eagle and F-16 Fighting Falcon aircraft entered the Air Force inventory in increasing numbers. 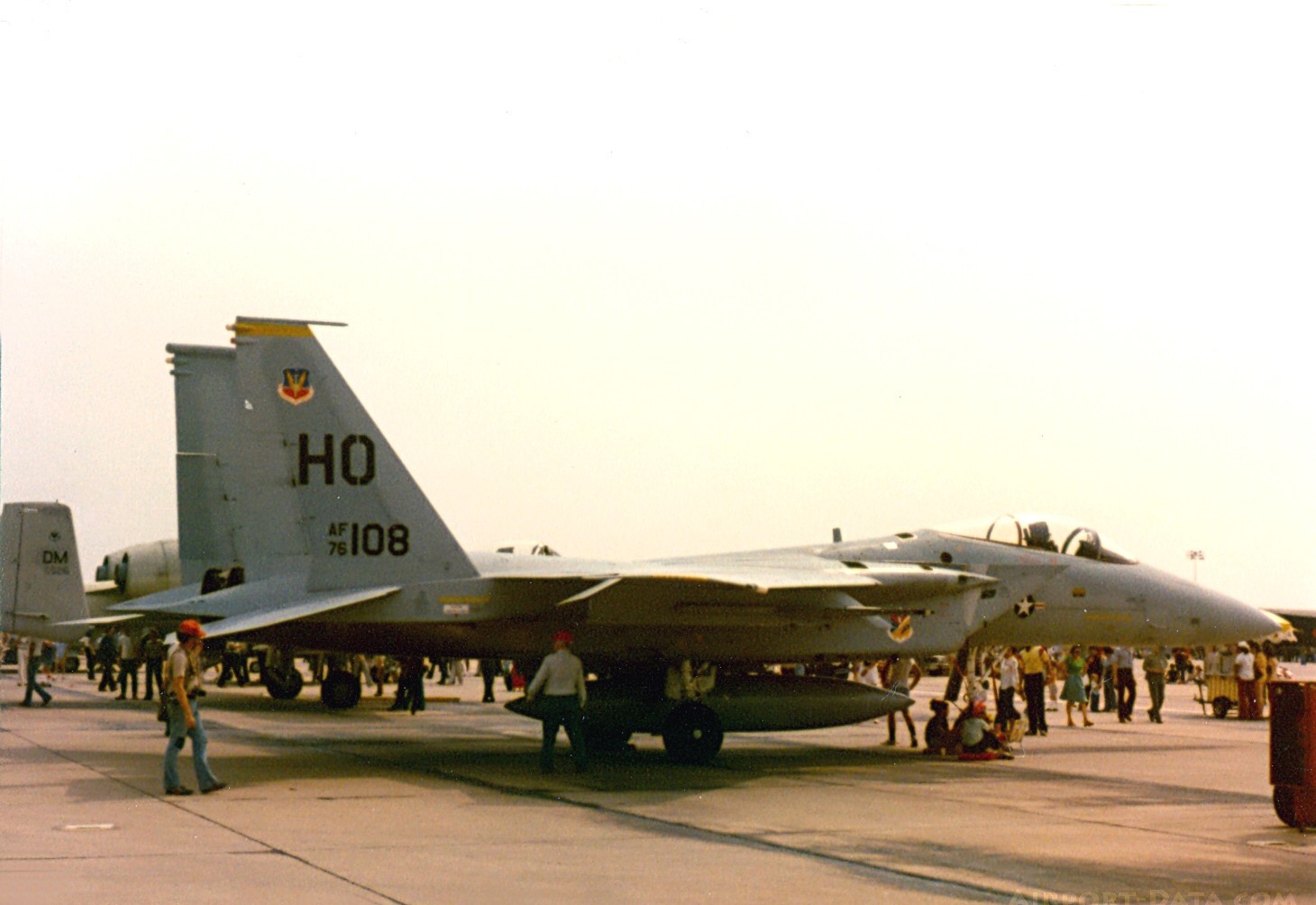 During the 1980s, and with new weapon systems increasingly appearing in aircraft, more F-15s began to replace existing F-106s and F-4s, which had seen service in the Vietnam War.

During Operation Desert Shield/Desert Storm in 1991, and in Operation Iraqi Freedom in 2003, the F-15A provided a defensive umbrella that permitted the deployment of air, land and sea assets into Iraq and accounted for the majority of the air-to-air kills of Iraqi aircraft.

The last F-15A Eagle was retired in September 2009, although the aircraft is still being produced in different variants as of 2020. 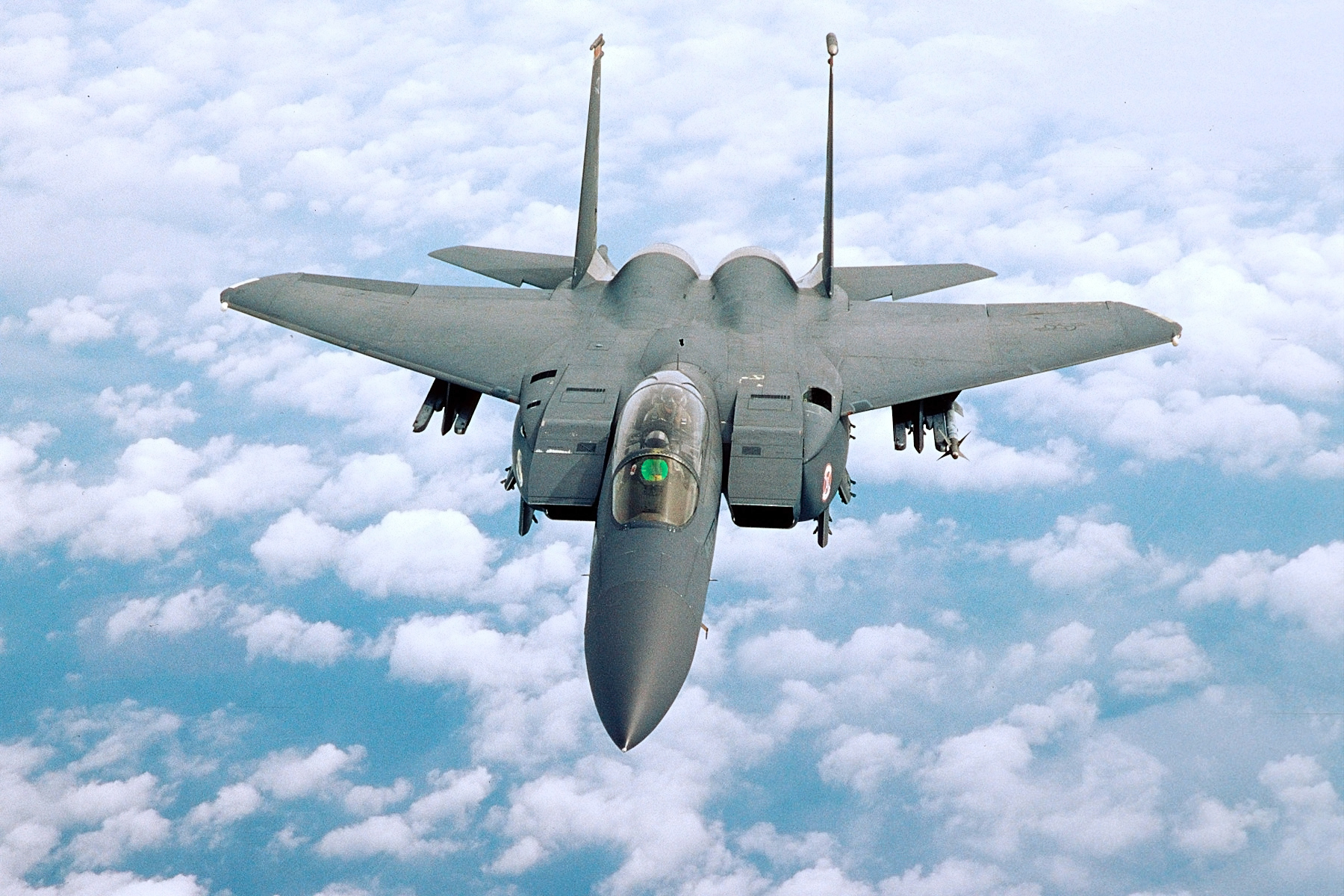