Will draw from wide-ranging experience as he leads the growth of one of the region’s top economic engines and centers for tech innovation.

SAN ANTONIO—The Port San Antonio Board of Directors has selected Jim Perschbach as the organization’s Interim President & CEO. In that role, effective immediately, he will work alongside the Board and lead a team of about 100 employees charged with the ongoing redevelopment of 1,900-acres that once comprised the former Kelly Air Force Base in southwest San Antonio.

Perschbach will continue to execute on a strategic vision established by the Port team in 2016 to create 5,000 new jobs by 2020. This plan is adding to the 12,000 direct jobs already based on the Port campus thanks to more than 80 tenant employers in the aerospace, cybersecurity, advanced manufacturing, defense, global logistics and other key industry sectors.

“Port San Antonio is an invaluable asset to our community. It has been so for over 100 years since this site was first established as Kelly, and it is a dynamic place today providing opportunities to thousands of families throughout this community," said Perschbach.

"We’ve had tremendous success in recent years as we advance our vision to connect people’s talent with great futures,” he added. “And we have a lot of work ahead of us to make sure that we live up to the full potential of this place--leading the transformation of one of our region’s key assets for the benefit of today’s and future generations as a place to work, learn, innovate and lead San Antonio’s and Texas’ economic future.”

“I greatly appreciate the Board’s confidence in my service to the organization to date. My teammates and I—all one hundred of us—will not miss a single beat in the service to employers based here, to the people they employ, and to the thousands of our other fellow San Antonians who benefit from the Port’s $5 billion-plus positive impact each year on our regional economy."

"We have a deep pool of talent on our team, and Jim is a proven leader who has been a key player in our recent successes and in establishing a high bar as we continue to move forward,” said Board Chair Victoria Garcia.

“We have every confidence that he will continue to work tirelessly and hand-in-hand with his colleagues, our customers and our partners. Jim has our full support as we continue to work hard on significant near- and long-term efforts to build and transform San Antonio’s future with opportunities that are regional, national and global in scope."

Perschbach joined the Port in October 2014 as the organization’s Executive Vice President of Business Development. In that role, he and his team provided strategic support to grow advanced technology businesses at the site by attracting new customers and supporting the growth of existing tenants.

Before joining the Port in 2014, he worked as an attorney in private practice with one of the nation’s largest law firms. There he counseled clients in industries including aerospace MRO and advanced manufacturing.

He is a past chair of the San Antonio Chamber of Commerce’s Aerospace Committee and the Alamo Academies—a nationally-renowned program within Alamo Colleges that has prepared hundreds of young people in San Antonio for careers in aerospace, cybersecurity, manufacturing and other advanced fields.

He assumes his new leadership role as Port San Antonio and its customers are achieving significant milestones.

Among them, in October 2017 Port customer Indo-MIM launched a new 100,000-square-foot facility for manufacturing small precision components for its worldwide clientele in the aviation, medical, automotive and other industries. The new plant at the Port is already operational and within five years will employ over 300 new workers. This successful effort to attract the India-based company and bring new advanced manufacturing to the region was a joint effort between the Port, the San Antonio Economic Development Foundation and the City of San Antonio and Bexar County economic development teams.

Port customer StandardAero, which for 20 years has specialized in aircraft engine maintenance in a facility spanning over 600,000 square feet alongside the Port’s industrial airport at Kelly Field, recently announced that it has renewed its agreement with the U.S. Department of Defense for the support of engines that power military air cargo workhorses, including the C-130.

Adding to this momentum, in January the company announced that it is preparing for significant growth and new jobs following an agreement with Rolls-Royce. In the months ahead, StandardAero’s facility at the Port will maintain and refurbish commercial engines that power Boeing 757 aircraft operated by airlines and air cargo firms worldwide.

The Port is also home to over one dozen cybersecurity organizations that defend IT systems operated by the U.S. Air Force and a growing number of private-sector clients. Support for their continued growth is a central pillar of the Port’s job-creation effort.

These and an array of other employers at the Port are seeking to fill more than 200 positions, including aircraft mechanics, cybersecurity specialists, engineers, logisticians, drivers, customer service personnel and numerous careers within the U.S. Department of Defense (see www.demobox.me/jobs for more information.)

Furthermore, there are over $150 million in development projects underway on the Port campus.

Among them is the addition of three new buildings that will be completed this spring. As the Port’s 10 million square feet of space approach full occupancy, the upcoming facilities will provide expansion opportunities to accommodate new jobs in cybersecurity, advanced manufacturing and global logistics. 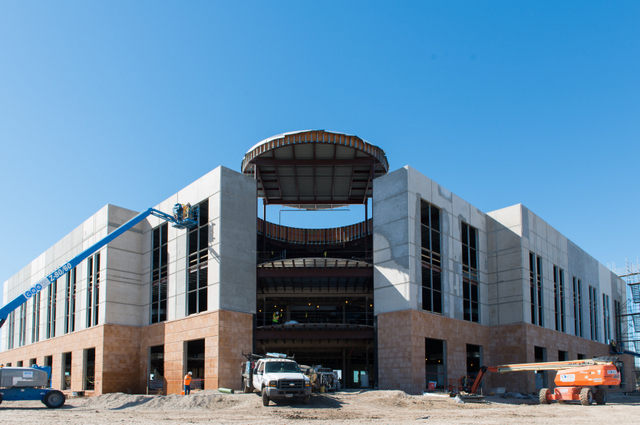 The three facilities include the first phase of Project Tech--a specialized $20 million 90,000-square-foot building that will serve as a center for cybersecurity and other IT employers to operate, innovate and collaborate with an array of clients, including those in the defense, aerospace, medical and other large sectors of San Antonio’s economy. Future phases of the Project Tech complex could total over 500,000 square feet and accommodate an estimated 3,000 new jobs.

Nearby, on the northeast corner of 36th Street and Billy Mitchell Boulevard, an additional two-building complex totaling 200,000-square-feet of flex/warehouse space is also approaching completion. Beginning this year, it will provide an array of space options for employers that require office and industrial space. This Port-funded project also totals $20 million.

Straddling General McMullen Boulevard on the north side of the Port campus, the Gateway Residences complex is significantly growing the surrounding Thompson Neighborhood. Currently, the Port and partner Granite Redevelopment Properties are modernizing nearly 400 townhome units and adding new amenities to the complex. The first phases of the $20-million project will also be completed this spring, with full completion of all residential upgrades expected in 2019.

As part of its long-term vision, the organization is also growing its connections with the surrounding communities. 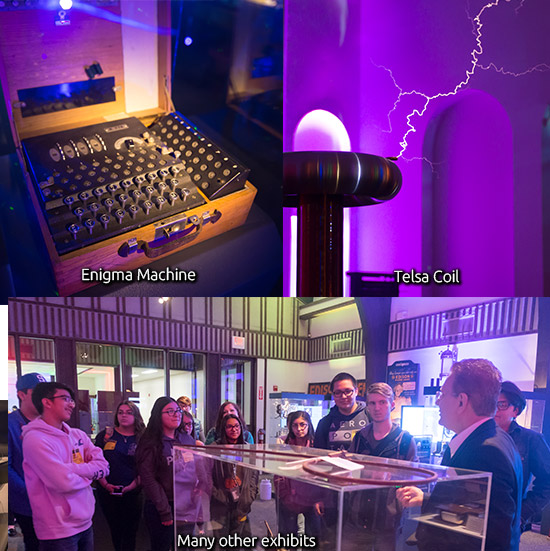 In 2017, a 15,000-square-foot former Air Force facility in the historic heart of the campus became the new home for the San Antonio Museum of Science and Technology (SAMSAT). The organization is dedicated to raising awareness, particularly among the young, about the history of technological innovations of the past century and their ongoing evolution at the Port and elsewhere in San Antonio.

The facility offers a preview space for a vast collection of rare exhibits that chronicle the histories of computing, telecommunications, cryptography and other industries that have deep roots in San Antonio. In March, the museum partnered with the nonprofit SASTEMIC to provide programs that support science and math coursework taught at schools throughout the region. Over 1,000 students are expected to participate in hands-on activities at SAMSAT this semester.

Public partners have also made significant investments at Port San Antonio, particularly as the organization continues to address infrastructure needs with key partners at the local, state and federal levels.

Later this year, the City of San Antonio will begin work on a new $24-million drainage infrastructure project in the southern part of the Port’s main campus. This effort, funded thanks to the city’s 2017-2022 municipal bond, is essential for further large-scale development of the property as the organization continues to execute on its strategic growth plan and add new employers.