As a central part of Military City, USA, the Port San Antonio campus is a thriving community of active servicemembers, veterans and those who work in direct support with the defense community. Many of the 80+ employers on our campus take special pride in providing exciting career paths for veterans across San Antonio.

As we mark Veterans Day, we would also like to extend our heartfelt appreciation to those on our very own Port San Antonio team who, before helping grow a place where thousands of people are building their futures, served proudly to protect our nation. 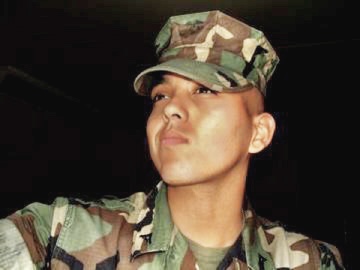 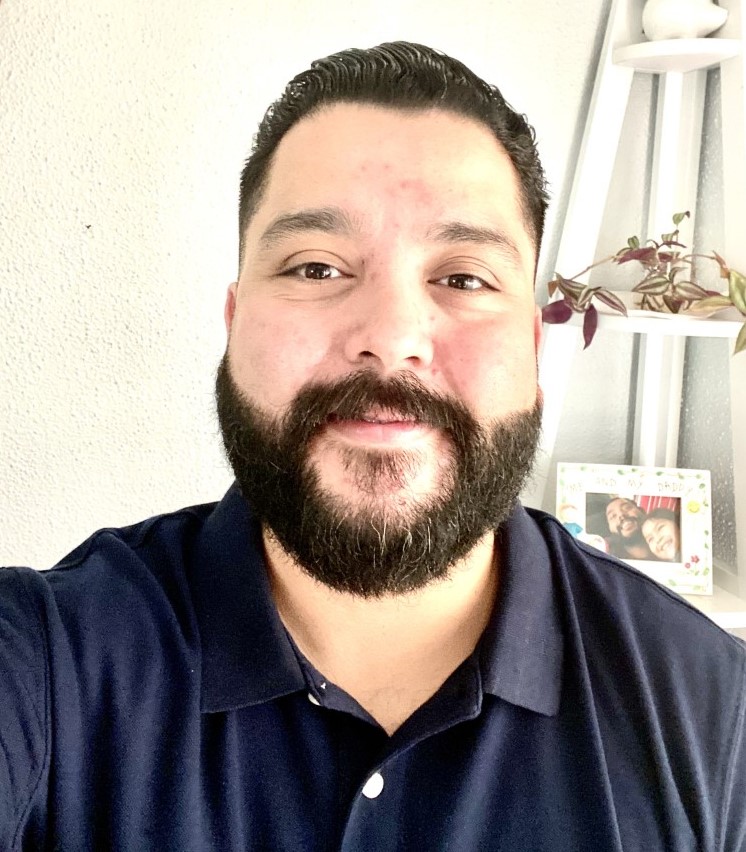 Adam joined the Port in 2014. As our Director of Information Technology, he is vital in ensuring the strength and resilience of our connected systems.

Between 2001 and 2005, he served in the U.S. Marines, achieving the rank of Corporal. Among his distinctions, Adam is a recipient of the Iraqi Campaign Medal, Presidential Unit Citation Medal, Armed Forces Expeditionary Medal, 332nd Security Forces Service Award (OIF1) Global War on Terrorism Medal, Good Conduct Medal and Certificate of Appreciation. 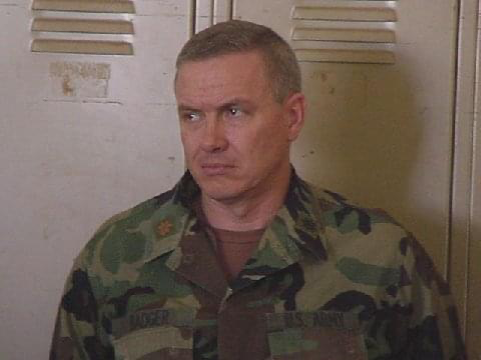 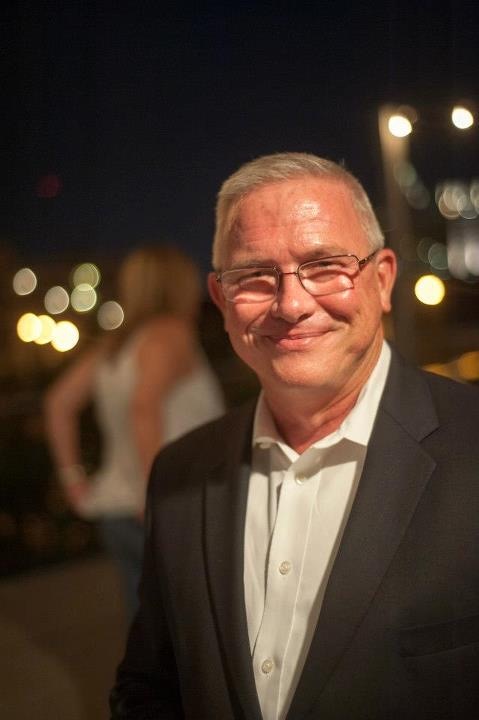 A member of the Port team since 2019, Bill serves as our Real Estate Development Project Manager. He has been instrumental in many of the recent and ongoing construction projects campus-wide.

He enlisted in the U.S. Army Reserve in 1978 as a military intelligence analyst and was commissioned as a Second Lieutenant through the Army ROTC program at the University of Texas at Austin in 1981. From 1982 to 1999, Bill served at various locations in the U.S. and overseas. Returning to the Army Reserve in 1999, Bill was mobilized after the September 11, 2001 terrorist attacks and was deployed to Fort Hood (TX). 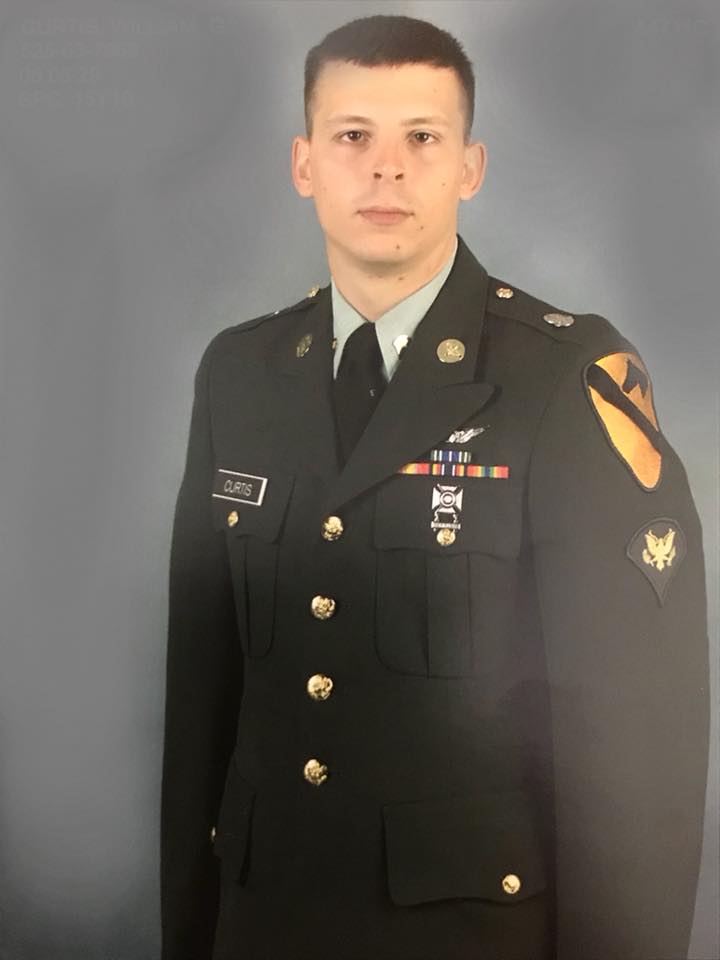 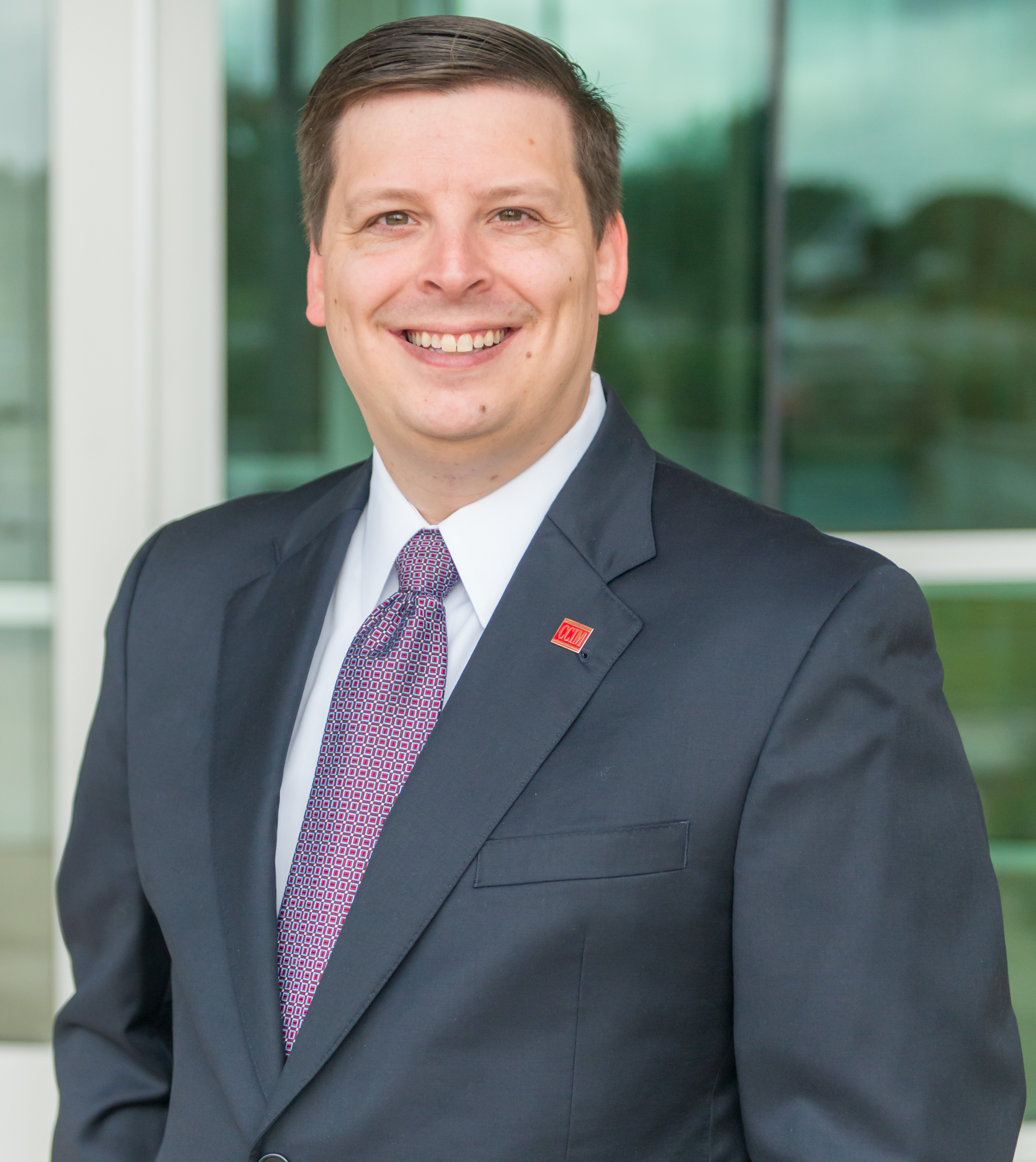 Joining the Port in 2018, Will is our Leasing Manager and has been integral in the growth of several key industries on our campus — such as aerospace, cybersecurity, advanced technology, defense and global logistics.

He was a member of the U.S. Army from 2004 to 2010, where he maintained and managed maintenance crews for military helicopters. In this role, Will developed a keen eye for detail that has enabled him to closely manage all aspects of real estate transactions in his post-Army career. Ultimately achieving the rank of Sergeant (E-5), Will took part in two deployments to Iraq as part of Operation Iraqi Freedom (from 2006 to 2008, and again from 2009 to 2010). 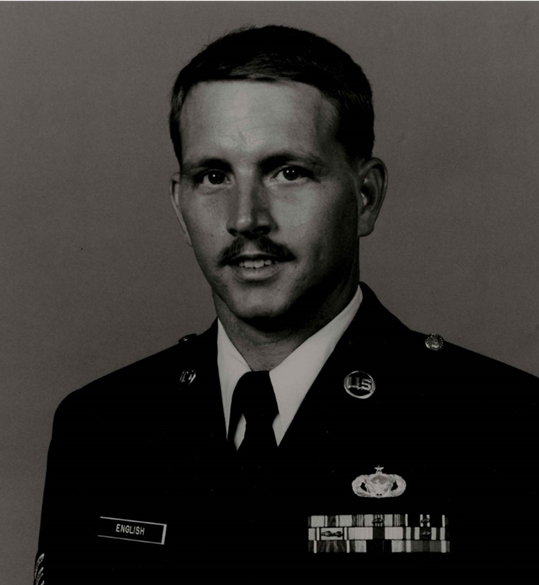 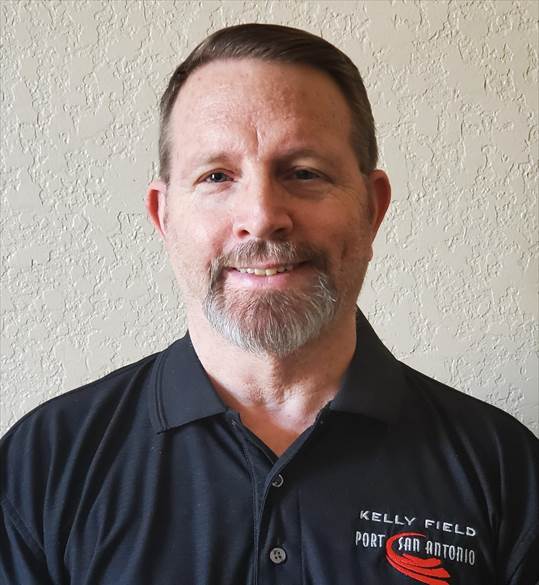 Dan first joined the Port in 2000 and has served in various capacities in the development of the former Kelly AFB over the past 20 years. Currently, he is our Airport Training Manager.

Dan's tenure in the U.S. Air Force spanned from 1980 to 2000, where he served as an Air Force Law Enforcement Officer (Security Forces) and ultimately reached the rank of Tech Sergeant (E-6). He was assigned to Kelly AFB in June 1991, where he remained until his retirement from the armed forces. 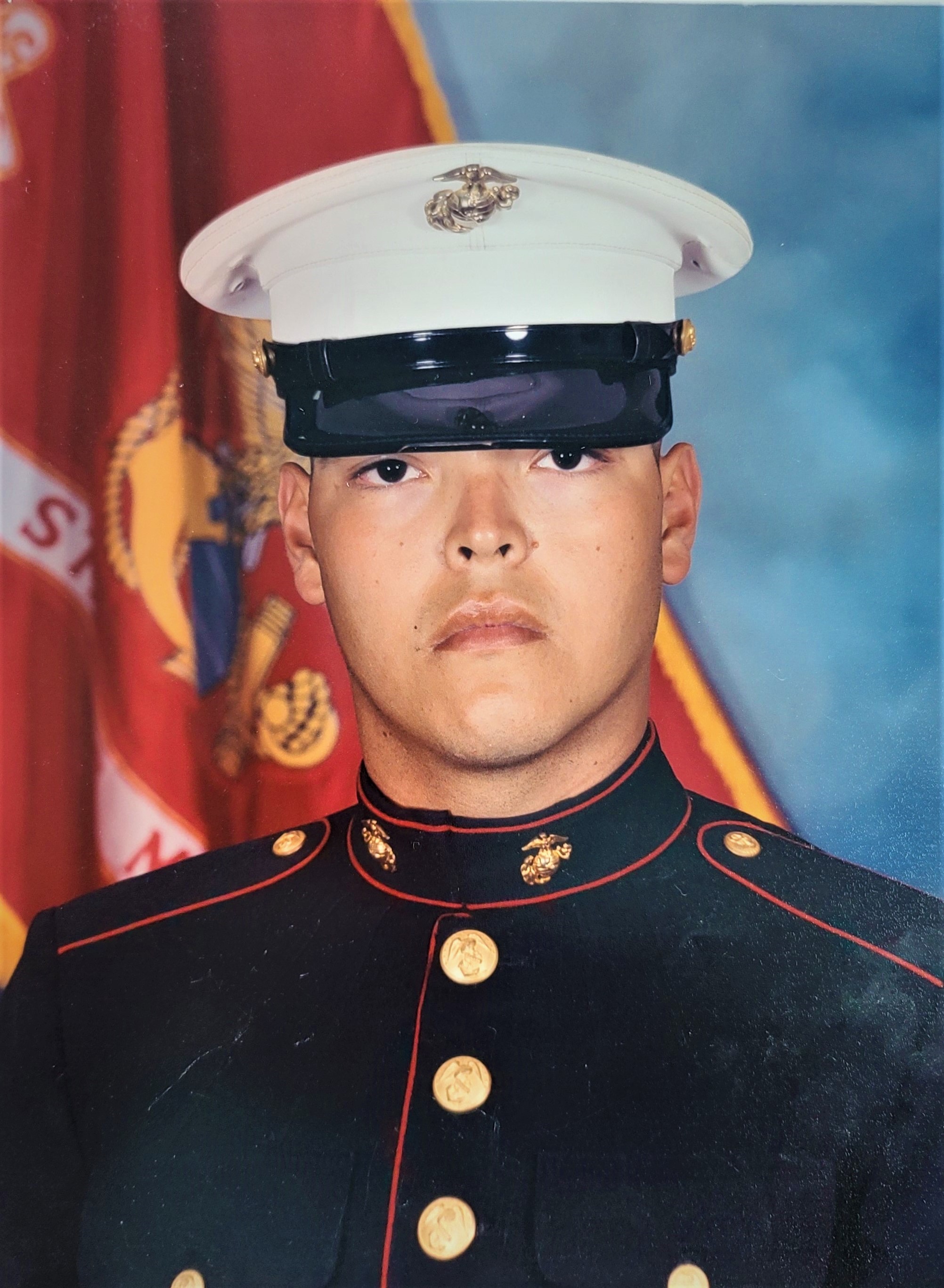 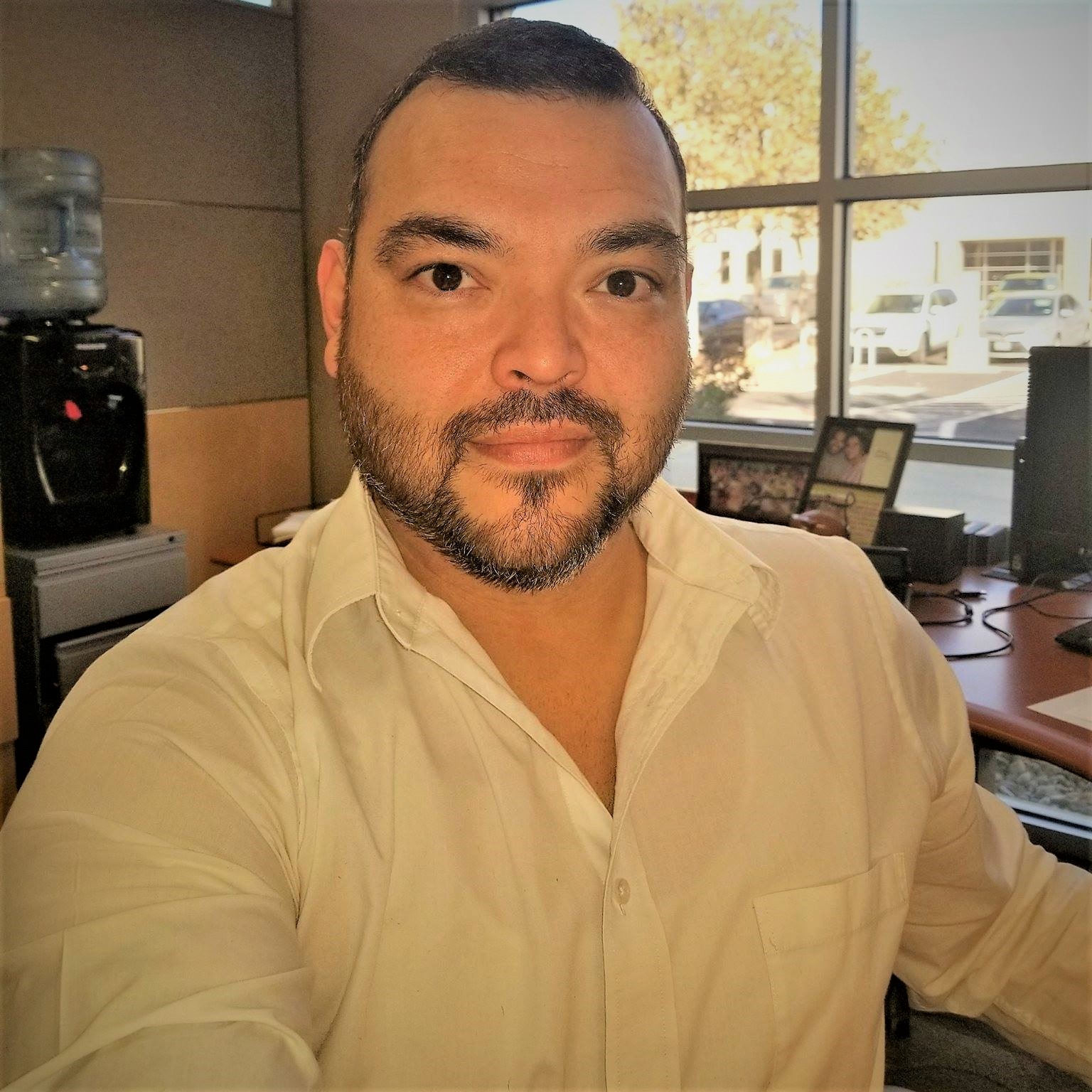 Ruben has been with the Port since 2003 and is our Director of Information Management, a role that allows him to foster continual innovation on our campus.

He entered the U.S. Marine Corps in 1996 and served until 2000, when he had achieved the rank of E-4 Corporal. In his decorated military career, Ruben was the recipient of a Sea Service Deployment ribbon, a Meritorious Unit commendation and a Certificate of Commendation. 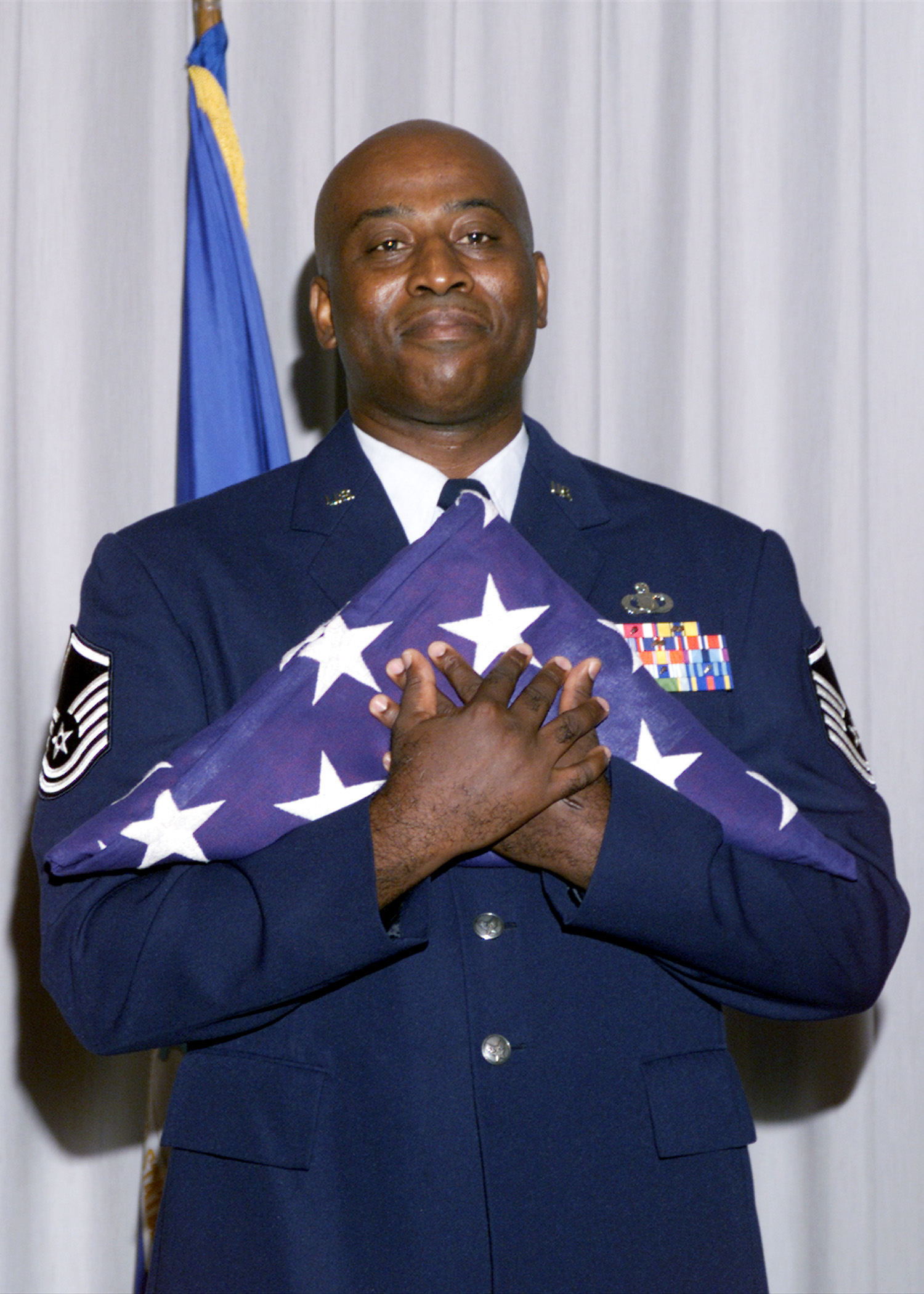 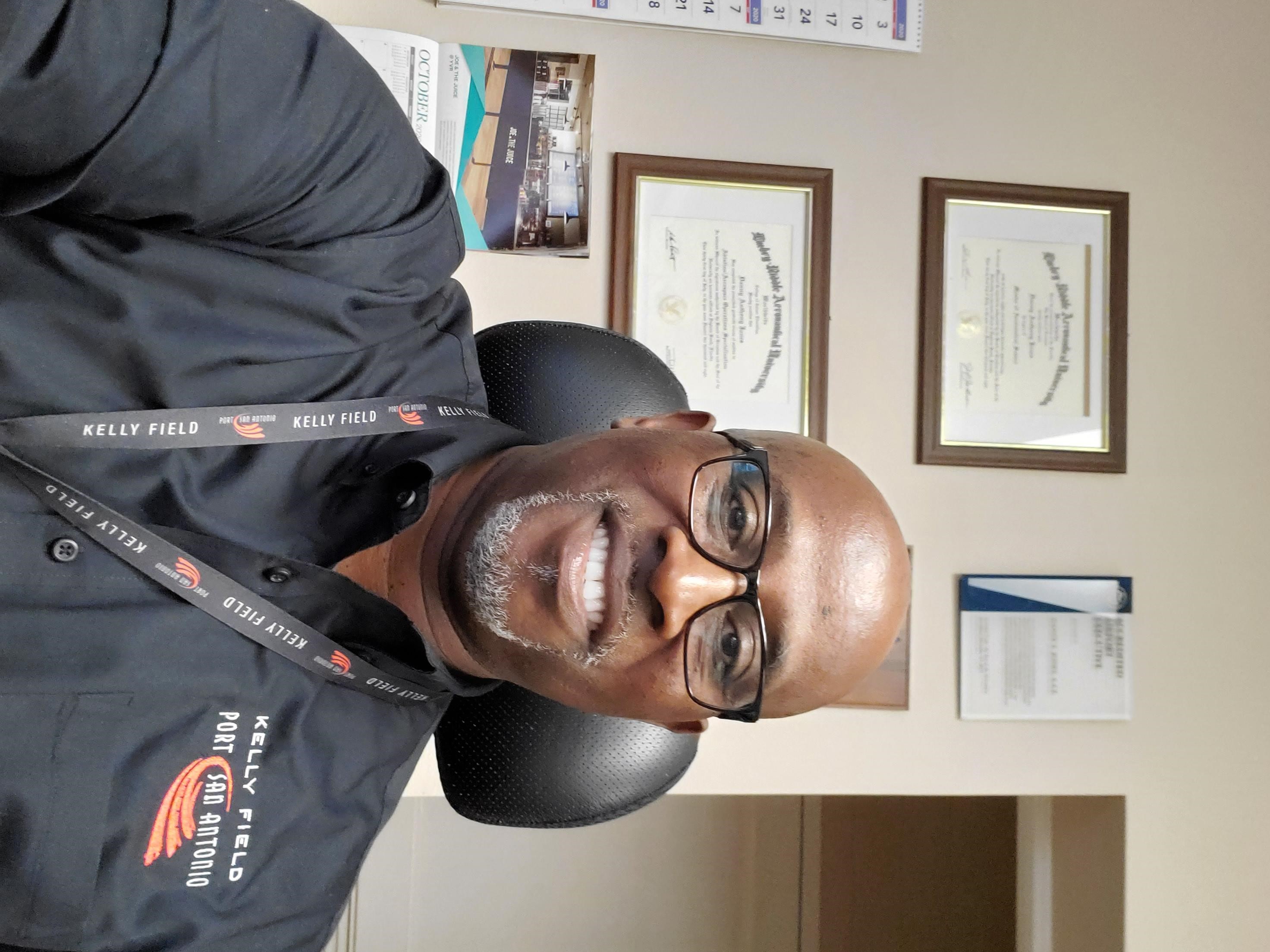 A member of the Port family since 2008, Danny is the Director of Airport Operations and oversees operations at Kelly Field, the joint-use runway shared with JBSA-Lackland.

Danny's experience in airfield management includes a 26-year career serving in the U.S. Air Force from 1975 to 2001, where he ultimately attained the rank of Master Sergeant. Among his military accolades were three Meritorious Service awards and two Air Force Commendation medals. Additionally, Danny supported the Operation Desert Shield and Desert Storm missions. 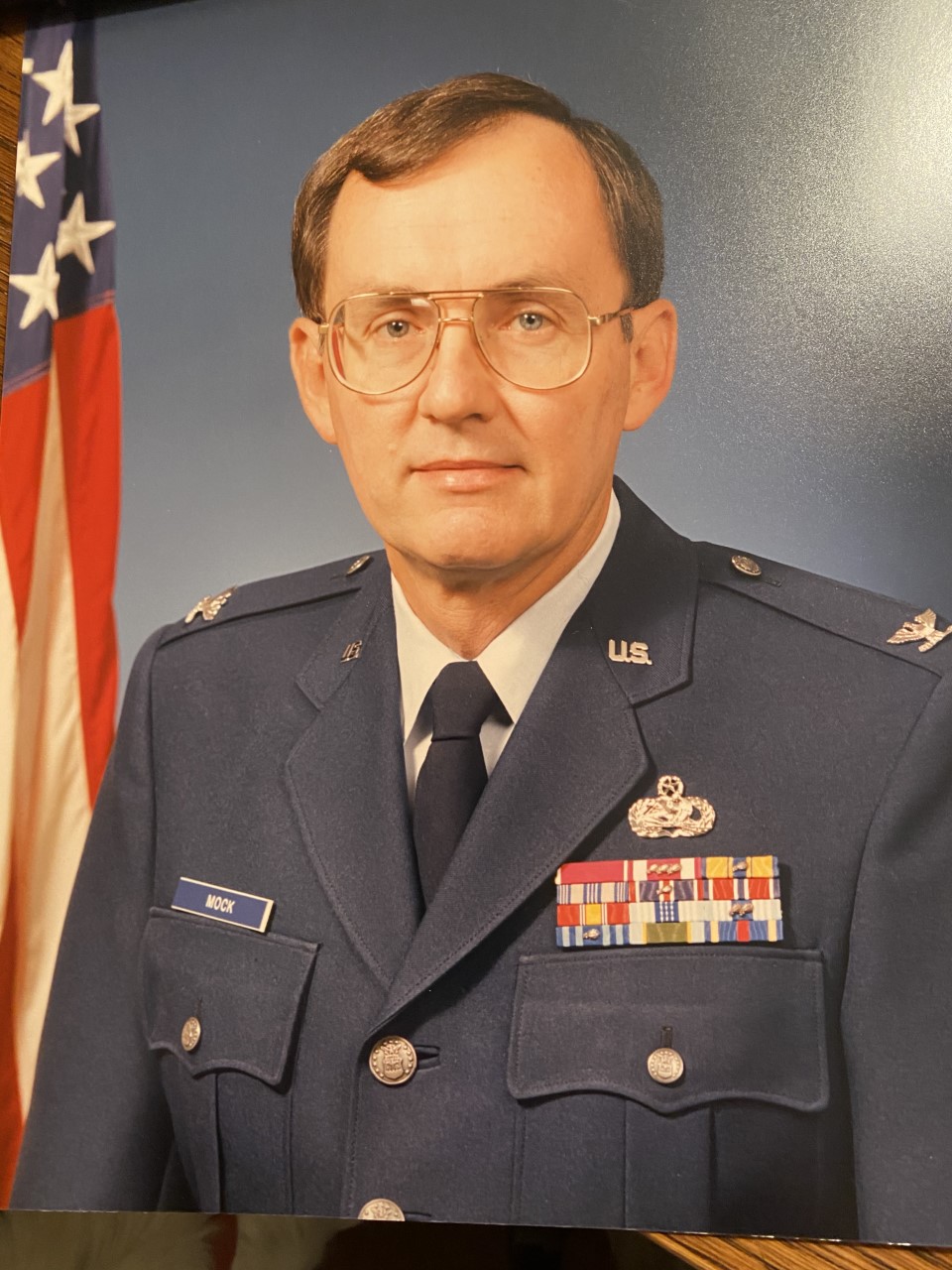 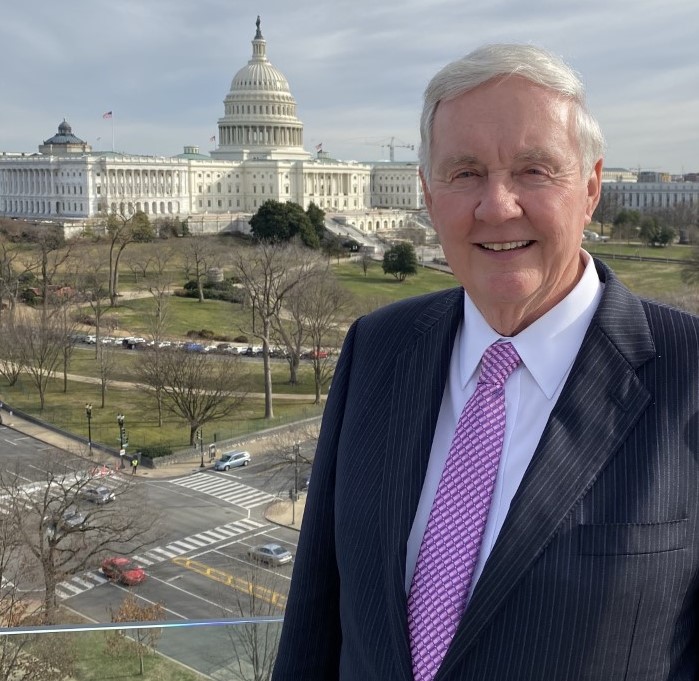 Bill has been a member of the Port San Antonio Board of Directors since 2016 and currently serves as its Treasurer.

He was a member of the U.S. Air Force from 1963 to 1993 and retired as a Colonel. Bill's assignments included Houston (TX),  Saglek Labrador in Frankfurt (Germany), Biloxi (MS), Clark Air Base (Philippines), Osan Air Base (South Korea) and San Antonio. Bill commanded squadrons at Clark Air Base and Lackland AFB in San Antonio, as well as a group at Osan Air Base, before retiring from his four-year tour as the Chief of Staff / Staff Director for the Air Force Intelligence Command headquarters at Kelly AFB in San Antonio.

Following his retirement from the Air Force, Bill joined the Greater San Antonio Chamber of Commerce in 1994 and held a variety of positions over the course of 21 years, including eight years as The Chamber’s Executive Vice President. 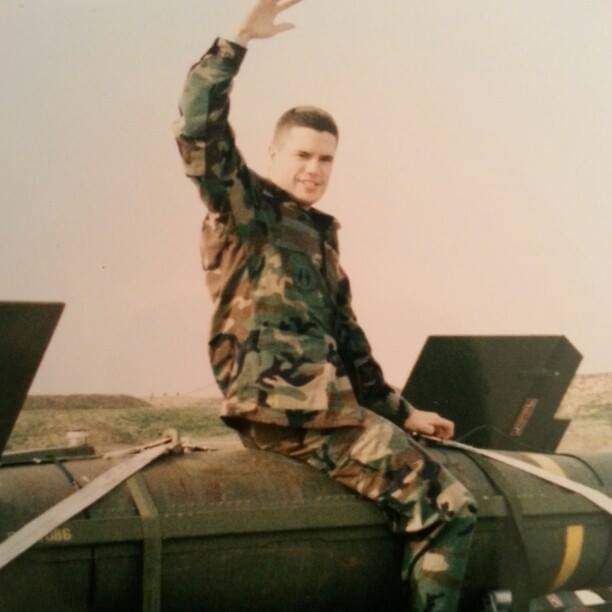 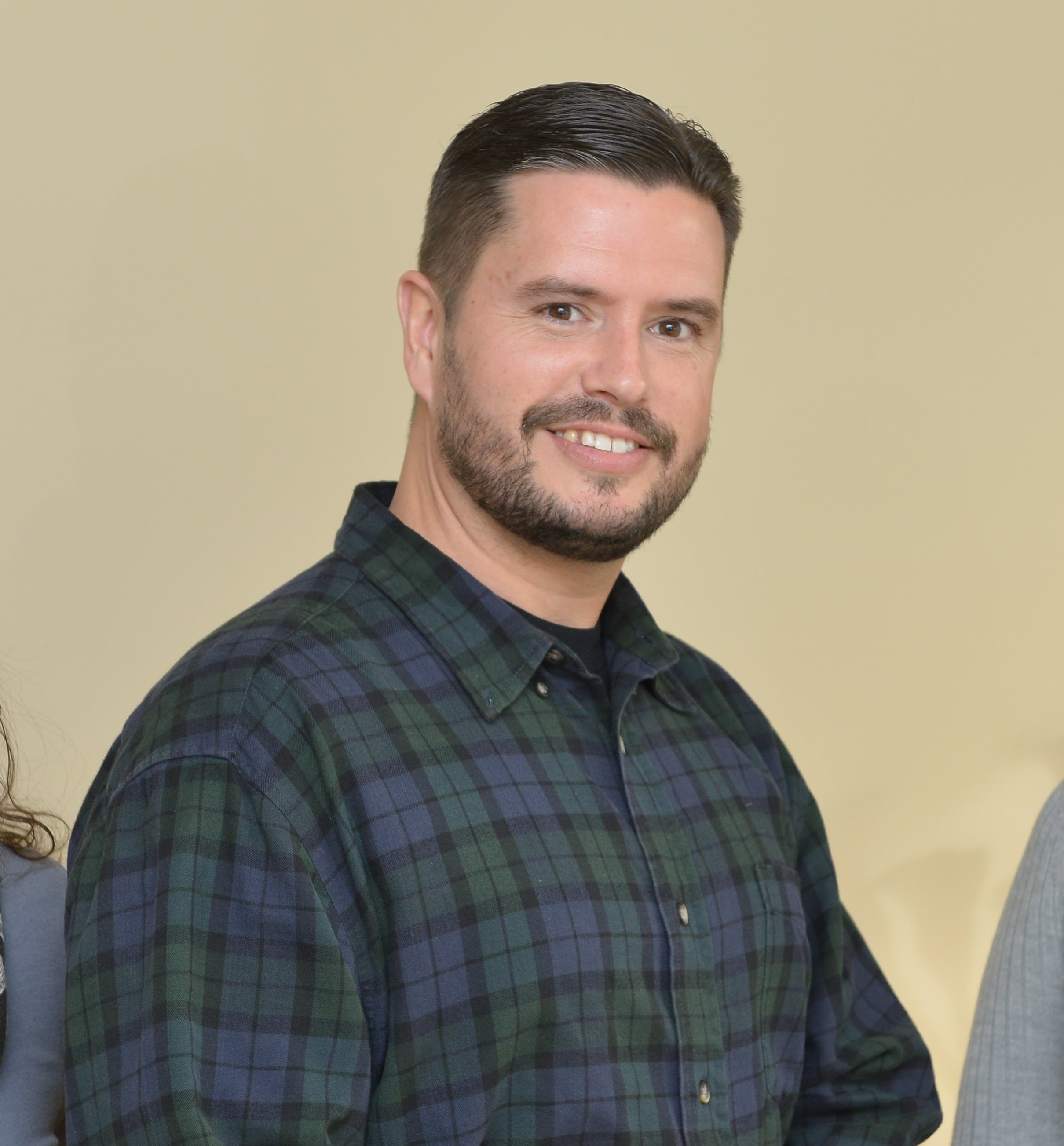 Lee is among our longest-serving colleagues and was part of the team that helped transition the former Kelly AFB into the Port organization we are today.

He served in the U.S. Air Force from 1995 to 1999, achieving the rank of Senior Airman. Among his travels in the armed forces, Lee had a six-month deployment to Incirlik Air Base in Turkey and was ultimately stationed at Kelly AFB. Upon leaving the service in 1999, Lee joined the Port. In his more than 20 years with the organization he has served in many roles, including as a master electrician.

His military and technical experience, as well as his deep knowledge of millions of square feet of facilities he maintained over the years, have prepared him well for his current role as Building Coordinator. 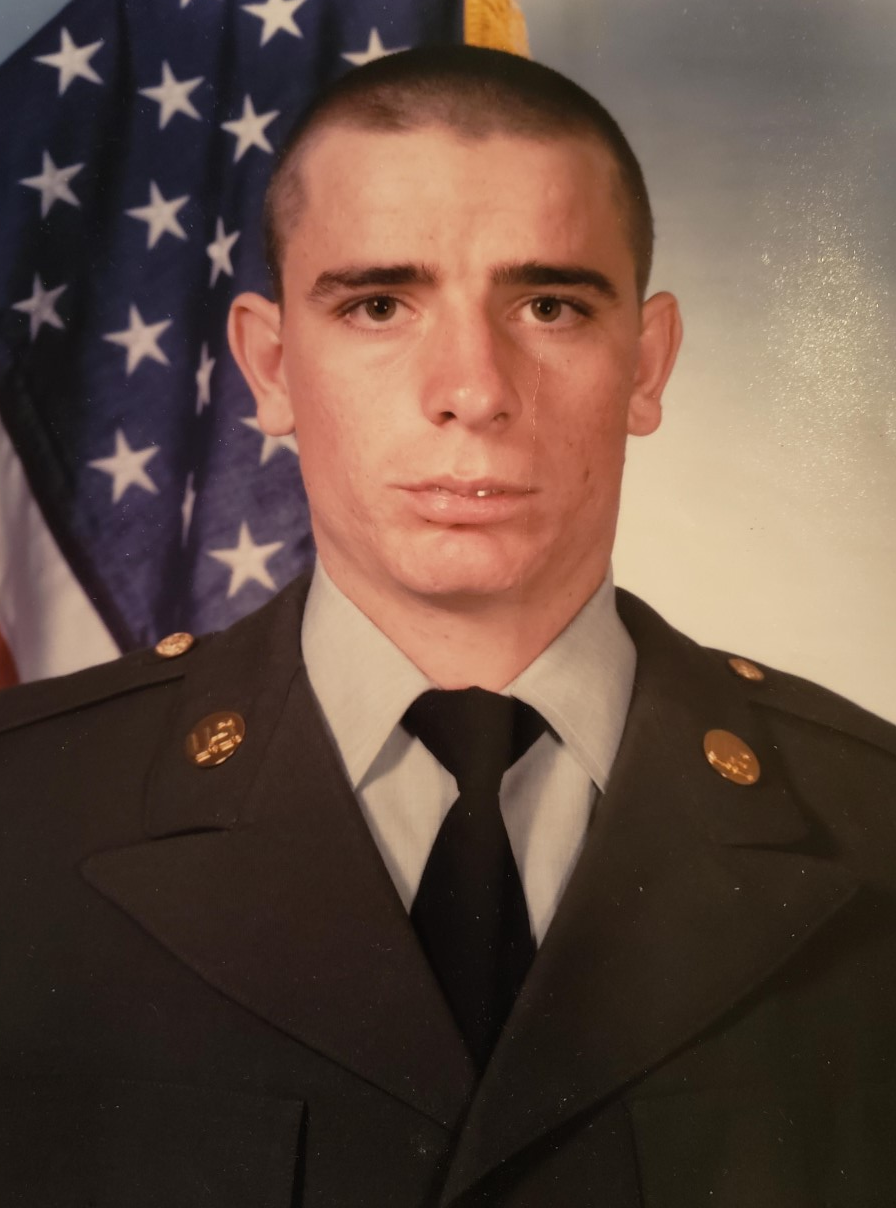 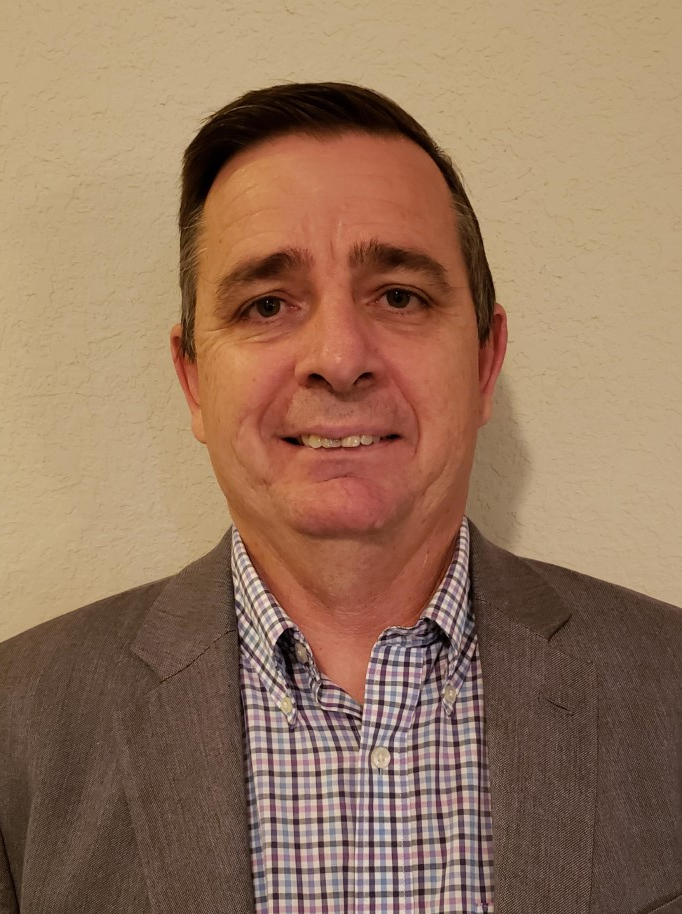 Carl joined the Port in 2017 and is our Building Services Manager. Along with overseeing the Port's maintenance team, he manages all building services and ensures the proper operation of campus-wide facility systems.

Between 1989 and 1991, Carl served in the U.S. Army Reserve, achieving the rank of Private (E2). He completed his training at Fort Dix in New Jersey and was subsequently stationed in San Antonio for the remainder of his time in the Reserve.