From commercial real estate to aerospace and lunar exploration, tech pioneer's innovations improve accuracy and efficiency for key industries on Earth and beyond.

Based at Port San Antonio since 2018, Reckon Point continues to transform global industries.

Specializing in state-of-the-art precision mapping technology, Reckon Point is part of a growing tech community that has helped create over 3,000 new jobs at the Port since 2018.

The company uses robot-mounted 360-degree imaging technology to generate precision three-dimensional maps for applications such as developing up-to-date models of old buildings, updating the layouts of aviation hangars for equipment upgrades and modifications and testing spaces for metal fatigue. 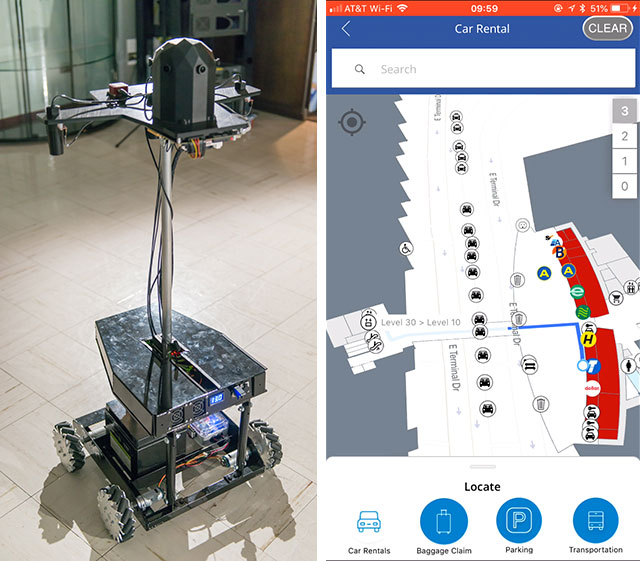 Aviation Week recently named the company one of eight startups positioned to transform the flight industry around the world. To conduct its precise surveying, Reckon Point created a proprietary Mobile Indoor Geolocation Survey Unit (MIGSU) — a suite of services based on LiDAR scanning and artificial intelligence.

"Our technology becomes useful when there are no existing floor plans or blue prints, as is often the case for historic buildings," says company CEO and founder Gabe Garza. 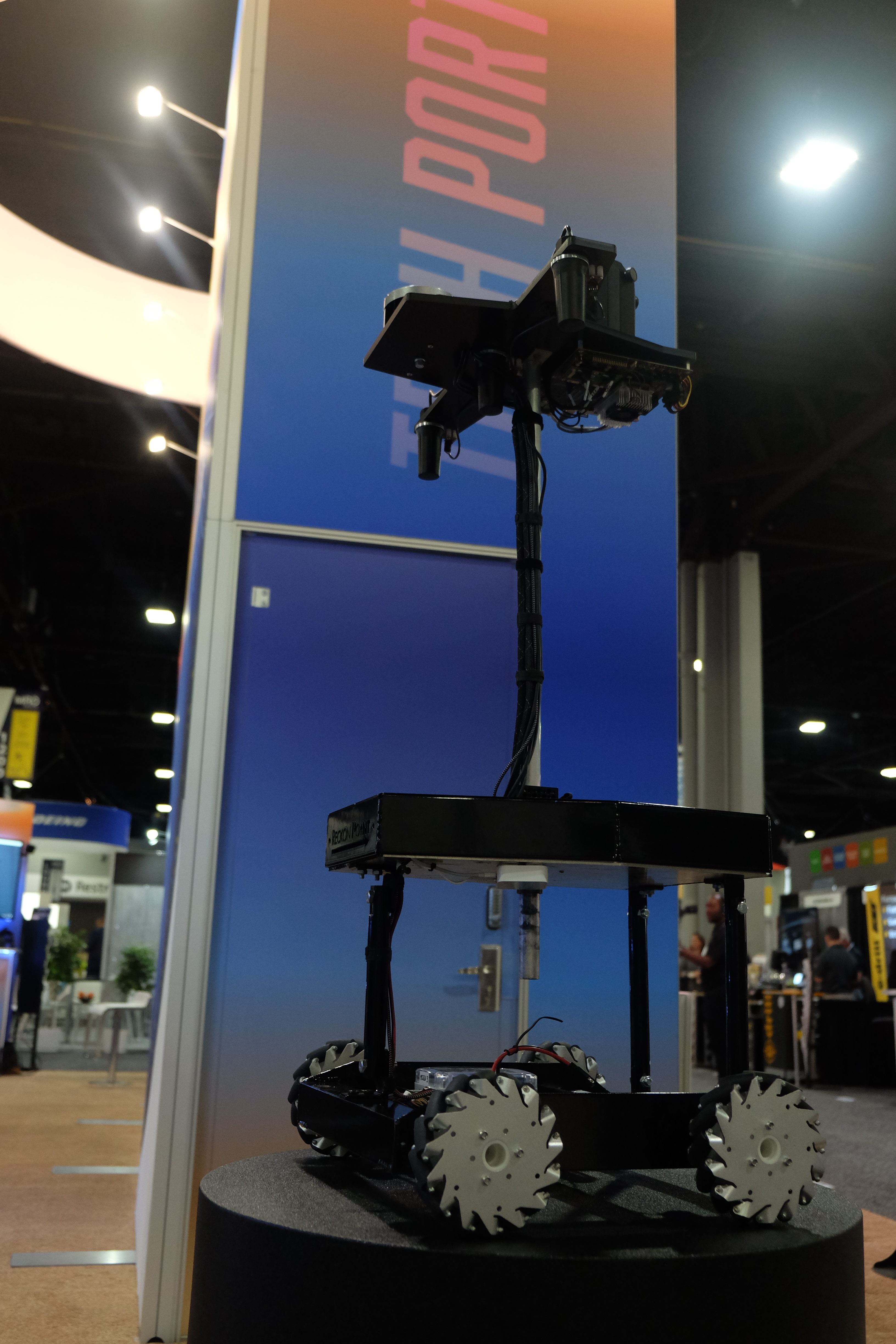 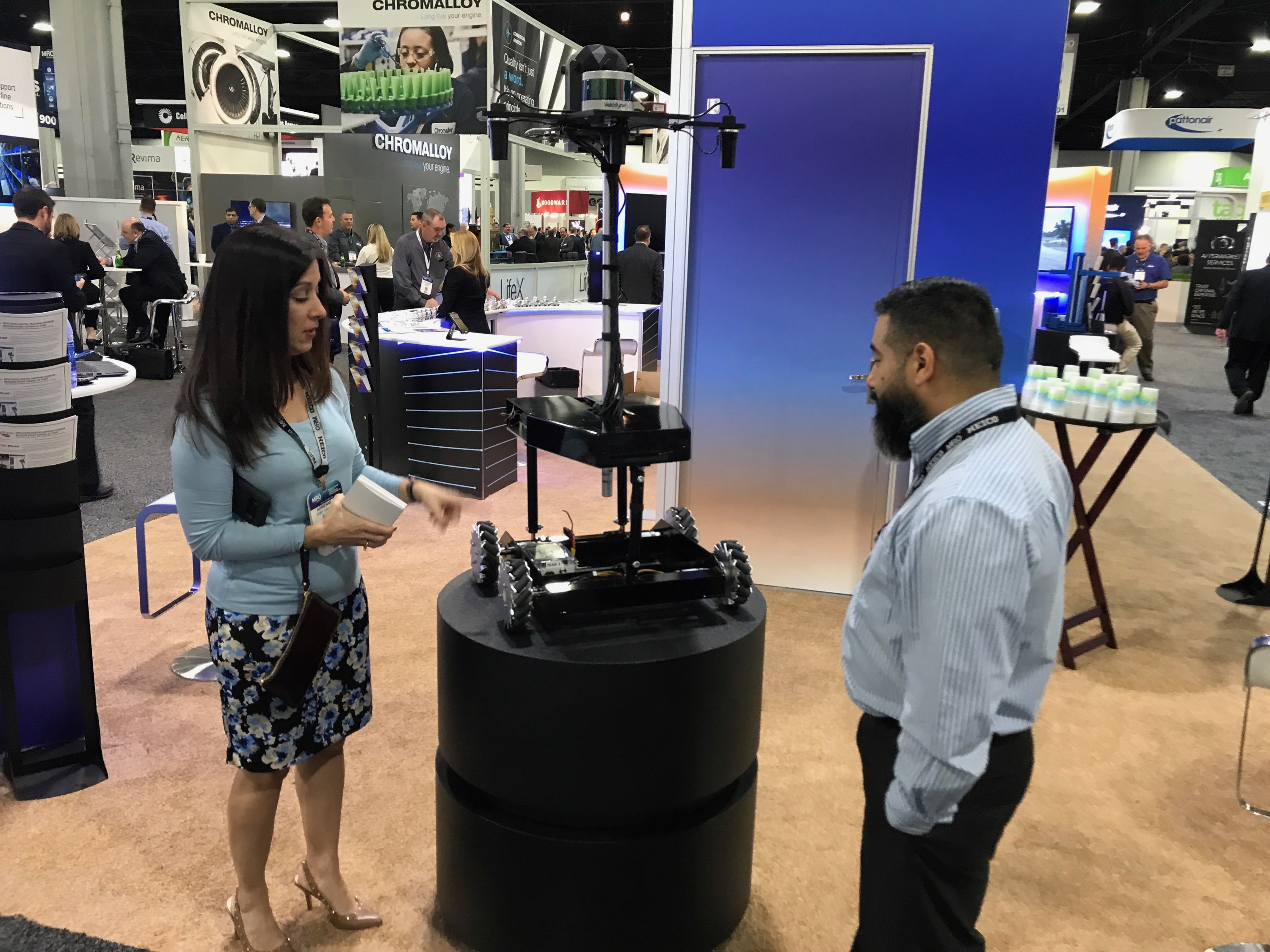 Port San Antonio was a top exhibitor at the 2019 MRO Americas conference – a gathering of nearly 20,000 leading aerospace industry executives. As part of the Port's exhibit, Reckon Point showcased how its innovations in robotics and imaging technology are being used by airlines and other aircraft operators around the world.

“We’ve developed a unique integration of robotics, sensors and machine learning to survey massive buildings — within two centimeters of accuracy,” continues Garza. “We collect all the signals required for positions to create digital maps that are needed by many different uses — from architects to factory managers to everyday consumers. We can also do this with amazing speed, having mapped a 22-story building in just three days.”

“Reckon Point is another important example of the type of innovation that continues to thrive in San Antonio,” says Port President and CEO Jim Perschbach. “What has been vitally important to the company is for its talented team to be able to work directly with industries in our region that will benefit from their technology—building important collaborations to ensure their products meet the needs of a local array of clients, which in turn allows Reckon Point to market their technology to the world.”

So what's next for Reckon Point?

"We are working on a stair-climbing robot and new technology that will fuse images with LIDAR data so that we can develop photorealistic LIDAR scans," adds Garza.

The company also has its sights set on the exploration of remote environments beyond Earth. 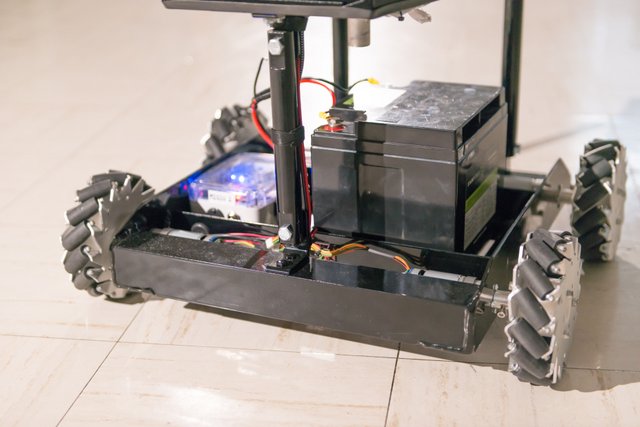 Reckon Point's MIGSU, which is designed with mecanum wheels that allow for omni-directional travel. This enables the robot to maneuver sideways and diagonally to get into tight spaces where other drivetrain systems cannot fit or maneuver into. 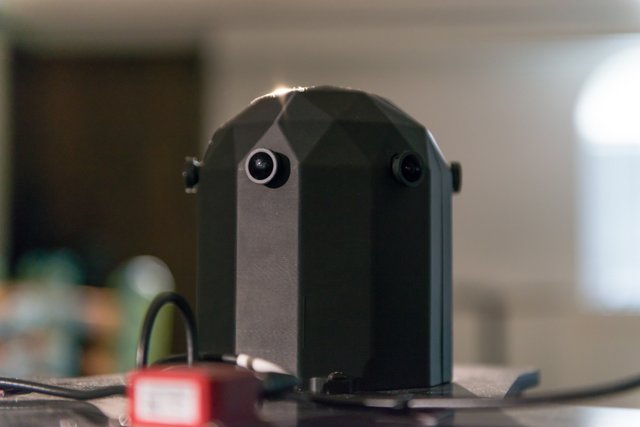 Reckon Point’s highly specialized robots use the Earth’s electromagnetic field to maneuver through indoor spaces and scan the environment, creating detailed maps of rooms, pathways, doors, windows and walls — as well as smaller items such as the location of electrical plugs and light fixtures. 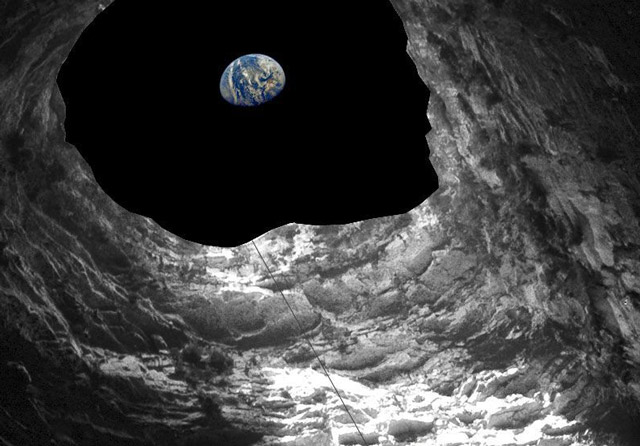 As Reckon Point's technology continues to evolve, its robots will be able to traverse staircases and other multi-level outdoor platforms. As a result, the company is also setting its sights on goals beyond the terrestrial sphere.