In his just-released report on Texas ports, Comptroller Glenn Hegar points to Port San Antonio—the site of the former Kelly Air Force Base—as a dynamic industrial platform with a wide-ranging impact on the regional and state economies.

The 1,900-acre property in southwest San Antonio—accessible by air, rail and truck and contained within a foreign-trade zone (FTZ #80-10)—powers several important business sectors and has a total economic output of $5.2 billion a year, according to the Comptroller’s study.

In particular, the Port’s industrial airport at Kelly Field has allowed for the growth of large aerospace operations—hangars and workshops where employers that include Boeing, StandardAero, Lockheed Martin and others are based. These Port customers utilize their multi-modal facilities to maintain, repair and overhaul both military and commercial aircraft and aircraft engines. 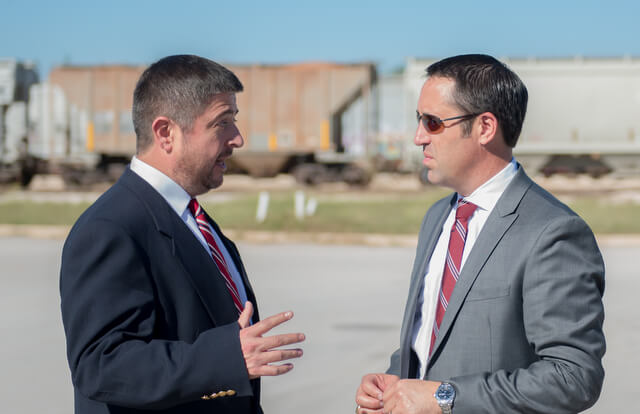 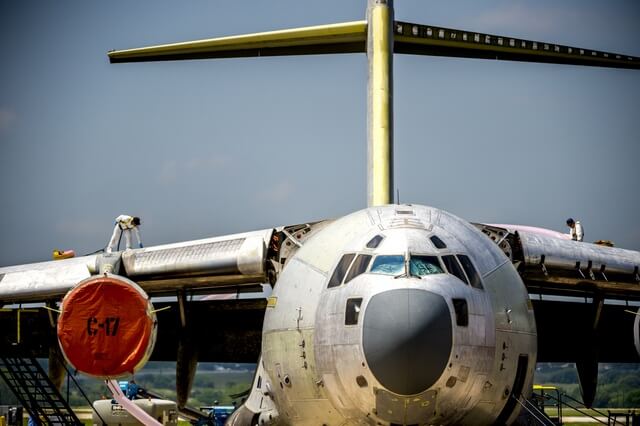 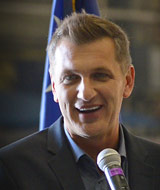 During a Nov. 15 visit to the Port, Comptroller Hegar toured Boeing’s global services and support facilities—among the world’s largest campuses for aircraft maintenance, repair and overhaul projects. The site encompasses 1.6 million square feet of building and hangar space, including the largest free-standing high-bay hangar in the world. Boeing, which established its operations at the Port 18 years ago, employs roughly 10 percent of the workforce at Port San Antonio and has invested more than $200 million in its facility.

The Port is also adding advanced manufacturing operations to its site. In 2016 Indo-MIM, a company based in India, chose Port San Antonio as the location for its first operation in the U.S.

Beginning in 2017, Indo’s facility at the Port will make precision customized components that are used in the aerospace, automotive, medical device and other advanced industries. Among the Port’s advantages, the site’s strategic location and connectivity, coupled with the talent of the local workforce, will allow Indo to access and grow its markets in the U.S. and globally.

There are currently 12,000 workers directly employed by more than 70 tenant-customers at the Port. The Comptroller’s study indicates that an additional 15,000 jobs are indirectly tied to business activity on the Port campus. Disposable income earned thanks to the 27,000 direct and indirect jobs totals $1.8 billion.

Of note, less than half of the Port’s 1,900 acres have been developed to date. As the organization continues to redevelop the former Air Force base and leverages its logistics platform, thousands of new jobs can be accommodated on the site—adding billions more to the San Antonio and Texas economies.

Last year, the Port announced that it is focused on creating 5,000 new direct jobs by 2020.