BOARD OF DIRECTORS SELECTS 2020 OFFICERS

SAN ANTONIO —At its most recent meeting, the Port San Antonio Board of Directors selected its newest slate of officers, whose roles take effect on January 1, 2020.

The full board is comprised of 11 members appointed by each City of San Antonio councilmember, including the Mayor. They serve on a voluntary basis and provide extensive private- and public-sector expertise as the Port advances its mission.

The Port is placing a significant focus on leveraging its 1,900-acre industrial platform as a dynamic technology campus that is growing the aerospace, cybersecurity, defense, applied technology and advanced manufacturing sectors and important opportunities for those and other mature industries to collaborate and innovate.

In recent months, employers based at the Port added nearly 3,000 new jobs in those key industries. Adding to this momentum, there are numerous projects underway throughout the campus. And at its November meeting, the Board also approved the first phase of a planned comprehensive innovation center in the heart of the property. 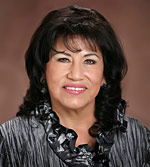 Chris Alderete returns for a second consecutive term as the Board Chair.

An appointee of City Council District 7, she has been a member of the board since 2008.

Alderete’s past service on other public boards include chairing the 2000 Census Complete Count Committee and the Mayor’s Commission on the Status of Women on behalf of then San Antonio Mayor Ed Garza. In 2012 she co-chaired the San Antonio Bond Committee on Streets, Bridges and Sidewalks and in 2017 served on the city’s Drainage and Flood Control Bond Committee.

The former President of the San Antonio Women’s Hall of Fame, Alderete also has wide-ranging experience on numerous non-profit boards including SAMM Ministries; OASIS—a national organization that promotes successful aging through lifelong learning, health programs and volunteering; Las Misiones—the organization that helps restore San Antonio’s historic missions, which have been designated as a UNESCO World Heritage site; and others. 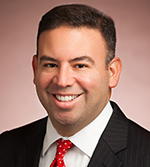 Alex Nava has been re-elected as Board Vice-Chair.

Nava is a trial attorney focused on representing individuals and companies in first and third-party insurance matters, employment disputes, construction disputes, and tort and business disputes and litigation. He began his practice at Davis, Cedillo & Mendoza, Inc. and is now a partner with the law firm of Nava & Glander PLLC.

Nava’s non-profit board service includes: Historic Design Review Commission, 2006 - 2009; Alamo Workforce Solutions Board, 2012 - 2015; and United Communities of San Antonio, 2009 - 2019. In 2011, Mayor Julian Castro appointed Nava to serve as a co-chair of the Parks Committee for the City of San Antonio 2012 – 2017 Bond Program. In addition, Nava is or has been in the past a member of the following organizations: William S. Sessions American Inn of Court; State Bar of Texas; San Antonio Bar Association; San Antonio Young Lawyers Association; the Federal Bar Association; and a Fellow of the Texas Bar Foundation. 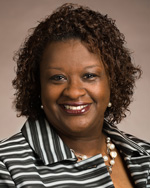 Margaret Wilson-Anaglia is the new Board Secretary.

She is appointed by District 2 councilwoman Jada Andrews-Sullivan and has been a board member since 2018.

Wilson-Anaglia is the President & CEO of Al’s Gourmet Nuts—a locally-based food artisan company she founded in 2000, which distributes throughout the U.S., including for corporate promotions, fundraising and special events. In addition, she has over 30 years of public and private sector entrepreneurial experience. Prior to embarking on her journey with Al’s Gourmet Nuts, she was a Manager in the City of San Antonio’s Economic Development Department.

During her career and public service, she has received numerous distinctions that include the following: the 20 x 20 Award by ACCION Texas; the Entrepreneurial Spirit Award for Innovation by the National Association of Women Business Owners (NAWBO); a PTA Honorary Life Membership Award; and the Women’s Leadership Award / Family Business by the San Antonio Business Journal.

Most recently, Wilson-Anaglia was honored by the San Antonio Women’s Chamber of Commerce as one of the organization’s Constellation of Stars Awards honorees for 2019.

Wilson-Anaglia holds a Master of Arts degree from Trinity University and a Bachelor of Business Administration from the University of the Incarnate Word. 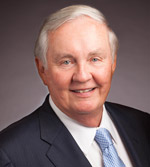 Bill Mock has been re-elected as Board Treasurer.

Prior to his career with the Chamber, Mock served in the U.S. Air Force for 30 years, retiring with the rank of Colonel. He maintains organizational ties with the Department of Defense, including a two-year tour as the Honorary Commander of the 67th Cyber Wing, a five year tour as a member of the Air Force Space Command's Commanders Advisory Group at Peterson Air Force Base in Colorado—then the parent command of 24th Air Force, Joint Base San Antonio-Lackland. Mock also served a four year tour as Honorary Commander of 25th Air Force, Joint Base San Antonio-Lackland.

Mock currently serves as a member of the Air Combat Command Commanders Advisory Group at Langley Air Force Base Virginia—parent command of the newly established 16th Air Force at Joint Base San Antonio-Lackland.