SAN ANTONIO—Port San Antonio will be the host sponsor of a major international aerospace industry forum that will be held in the Alamo City in the months ahead.

The Aero-Engines Americas conference will take place on February 2 and 3, 2017 and will draw over 200 participants from around the world. The event is organized by New York-based Aviation Week—the world’s premier news and information resource for aircraft manufacturers and thousands of supporting businesses.

The industry gathering will highlight trends and updates from leading experts regarding the global market of aircraft engine maintenance, repair and overhaul (MRO) services—a cornerstone of San Antonio’s aerospace sector.

Aero-Engines Americas 2017 comes at a time when San Antonio, and the Port in particular, are focused on expanding opportunities for the region’s many aerospace firms. 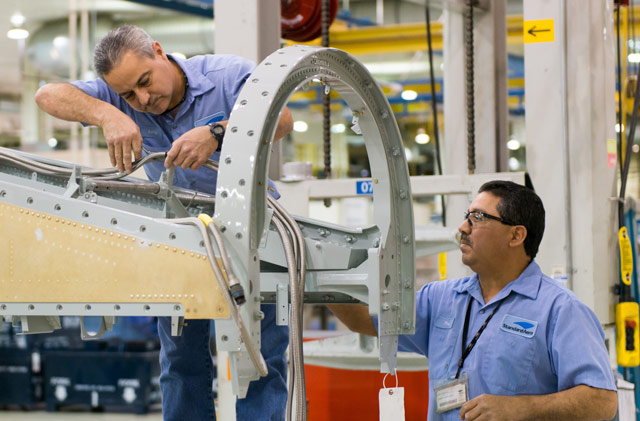 In recent years, the Port and its customers have been especially focused on expanding their support for commercial aviation. Worldwide, the global fleet of commercial aircraft—including those operated by airlines and air cargo operations—is expected to more than double by 2035. This represents important growth opportunities for industries at the Port and elsewhere in the region.

“Our industrial airport at Kelly Field is where large-scale aviation took flight 100 years ago,” said Roland Mower, the Port’s President and CEO, citing the origins of the large platform that began as the former Kelly Air Force Base. “We are a community that is known worldwide for our rich history and present-day excellence in aircraft sustainment and innovation. So it is very fitting that we should host a forum that will inform the plans of global aviation leaders in the century ahead.”

“Our Aero-Engine Americas conference has run for over 20 years and we’re excited to bring the show to San Antonio in 2017,” said Juliet Trew, Events Director for Aviation Week Network. “The conference has grown significantly over the last three years, and by bringing it to an emerging engine MRO hub, this year represents a fantastic opportunity for the aero-engine community to meet, network and drive the industry forward.”

“The pro-business environment created by Port San Antonio and local officials, when combined with an unparalleled local workforce, facilitate companies like StandardAero to pursue growth opportunities in the San Antonio market,” said Dan Gonzales, StandardAero Vice President of Business Development, whose company has operated a large engine repair and engineering services facility at the Port since 1999.