SAN ANTONIO, TEXAS—Will Garrett, who for years has led efforts accelerating the growth of the region’s vast cybersecurity sector, is the newest member of Port San Antonio’s leadership team.

In his new role as the Port’s Vice President and Director of Cybersecurity Development, he will continue to work hand-in-hand with public- and private-sector cybersecurity organizations throughout the region, across the U.S. and internationally. His work as a strategic industry leader will further raise San Antonio’s profile as a global capital of cyber expertise and innovation.

The Port is driving the industry’s growth in the region.

Over 1,000 cybersecurity professionals are already based on the 1,900-acre campus. They include personnel within the 24th Air Force (Air Force Cyber Command), which is headquartered at the Port. Other employers on the campus include a range of locally-based and internationally-renowned industry names, including Booz Allen Hamilton, Lockheed Martin Cyber Solutions, IOMAXIS, Fidelis Cybersecurity, SAMSOC, IPSecure, Northrop Grumman, Salient CRGT and Dynamic Advancement.

Those organizations support key Department of Defense cybersecurity efforts and are also focused on the development and application of digital security to protect major sectors of the world’s economy. In addition to serving military operations, priority areas for the region’s cybersecurity experts include protection of critical infrastructure for the aerospace, energy, financial services, medical, telecommunications and transportation industries. 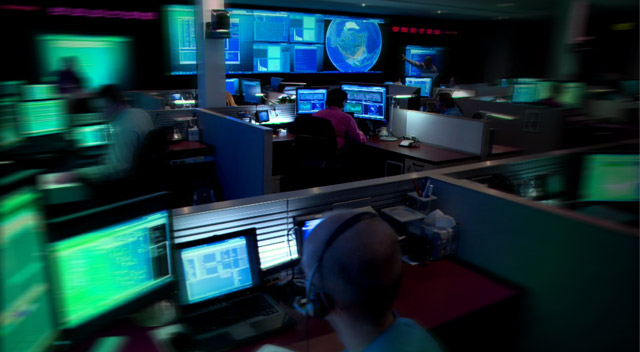 “We’re thrilled to have a proven and respected leader like Will join our team,” said Port President and CEO Jim Perschbach. “He will remain an instrumental partner ensuring that San Antonio continues strengthening our ecosystem for cybersecurity in the years ahead. Will brings tremendous expertise and has worked hard for many years to develop the right strategic connections for that to happen, including those between industry, educational institutions and a fast-growing marketplace of opportunities around the world.”

“It’s a true honor to join the team that is leading San Antonio’s growth in the most dynamic sector of our economy,” said Garrett. “The critical mass at the Port and the organization’s strategic vision to accelerate collaborations between cybersecurity and mature industries in San Antonio give our community a globally competitive edge to capture even more big opportunities,” he added.

In recent months, the Port and its customers have taken big strides as they grow San Antonio’s cybersecurity ecosystem.

In the spring of 2018 , the Port completed the first phase of its Project Tech plans—development of state-of-the-art secure office facilities that support cybersecurity expansions and facilitate collaboration with nearby clients in the defense and other sectors.

Within a few weeks of the completion of the inaugural 90,000-square-foot building at Project Tech, Lockheed Martin announced it will be the facility’s first tenant. The company plans to employ 100 professionals at its new site supporting Department of Defense cybersecurity programs.

And in recent days, locally-based CNF Technologies also announced its expansion into Port San Antonio as the second firm based at Project Tech.

Likewise, in the past year, Northrop Grumman, Booz Allen Hamilton and IPSecure announced expansions at their respective facilities elsewhere at the Port.

The Port’s long-established aerospace customers are similarly working to add cybersecurity expertise to their growing new workloads. Among them is the Boeing Company, which operates one of the world’s largest aircraft sustainment operations at the Port’s industrial airport. Boeing’s site at the Port will oversee modifications to the U.S. Navy’s fleet of F/A-18 Superhornet fighters. As part of that work, the aircraft will undergo significant upgrades, including to the systems that ensure the security of digital infrastructure and communications.

Garrett joins the Port after serving nearly four years as Executive Director of CyberSecurity San Antonio—an industry-driven program created to accelerate the growth of the cyber sector in the region. He’s also the co-founder of the Build Sec Foundry—an incubator for the development of new cybersecurity products and technology.

He received his undergraduate degree in communications and international studies from  Texas Lutheran University (TLU) and holds a Master of Business Administration (MBA) degree from the University of Texas at San Antonio.