Port San Antonio continues growing as a leading hub supporting an array of advanced technology visionaries, educators and public stakeholders from the region and beyond.

Among the newcomers to the big campus is Plus One Robotics—a groundbreaking developer in advanced automation.

The integrated technologies deployed by Plus One give robots the ability to see, learn and adapt in changing industrial settings. This allows the units to provide clients such as logistics operations and advanced manufacturers with a significant competitive advantage to grow and increase operational efficiency.

Rather than traditional robots that are tasked with repetitive tasks and limited ranges of motion, Plus One’s technologies integrate three-dimensional vision controls and machine learning so the units can respond to changing work flows.

This is showcased in the company’s flagship PickOne Perception System. Introduced in 2018, this technology allows robots to instantly identify parcels of different sizes and positioned randomly as they flow on a conveyor belt, for example. The robot can efficiently pick, sort and reposition the parcels inside larger containers as necessary—all at a rate of 1,500 pieces per hour. What’s more, the PickOne system can be retrofitted onto existing robots. 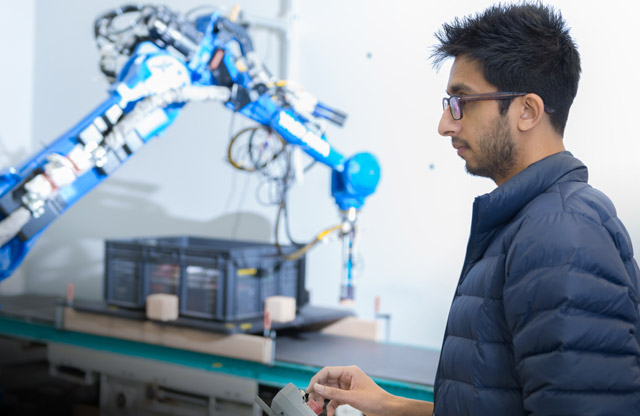 At Plus One Robotics’ facility at the Port, the company has established a prototype that mimics an automated warehouse line – including a robotic arm, conveyor belts and several cameras with its proprietary technology.

“We see a true a world of opportunities for the application of these innovations,” says company co-founder Erik Nieves. “With increased global demand for the production and delivery of goods, there is a bright future ahead for technologies that make those processes more efficient—assuming repetitive functions and allowing people to transition to more engaging and sophisticated work, including the continuous improvement of the systems we’re developing.”

“We’re very excited to count Plus One among the locally-based companies headquartered at the Port,” says Port President and CEO Jim Perschbach. “The company really captures the fundamental spirit of our campus—bring together problem-solvers and the industries they serve, so that together they can develop transformative innovations that San Antonio can export to the world.”

Nieves, along with partners Shaun Edwards and Paul Hvass, have a deep understanding of industrial automation from their years in the robotics sector. A recognized industry expert in collaborative robots, Nieves has for 25 years deployed industrial robots with Yaskawa Motoman Robotics. Furthermore, as colleagues at Southwest Research Institute, Edwards and Hvass developed ROS-Industrial, the most widely-used open source software platform in industrial robotics.

View job openings at Plus One Robotics. 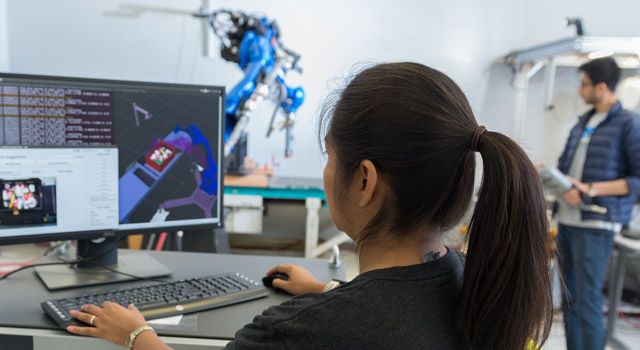