SAN ANTONIO—SASTEMIC, the non-profit organization that works hand-in-hand with area schools to deliver STEM-based educational programs, has a new home at the San Antonio Museum of Science and Technology (SAMSAT) at Port San Antonio.

The two entities have joined forces to inspire young people to pursue education paths and future careers in the region’s important and growing industries, including cybersecurity, engineering, aerospace and medicine.

As part of SASTEMIC’s launch at its new home, a group of about 50 students from nearby South San Antonio High School traveled to the museum on February 5. There, they spent the morning participating in hands-on activities and presentations focused on cybersecurity led by SASTEMIC’s industry professionals.

As the two organizations grow their combined efforts, hundreds of additional students from throughout the community are expected to benefit from similar experiences in the months ahead.

“Many great scientific minds throughout history remember being inspired by hands-on learning when they were kids,” said Dr. Cliff Zintgraff, Board Member at SASTEMIC. “Our partnership with SAMSAT, and the flexible and inspiring environment they’re growing at their new facility, give us a compelling platform to spark the imagination of young minds. And beyond just showing them artifacts, we turn students into makers in our museum. Here, they learn the clear connection between the history of important technological advances, their applications today and the roles the students themselves can play in shaping the next generation of breakthroughs.” 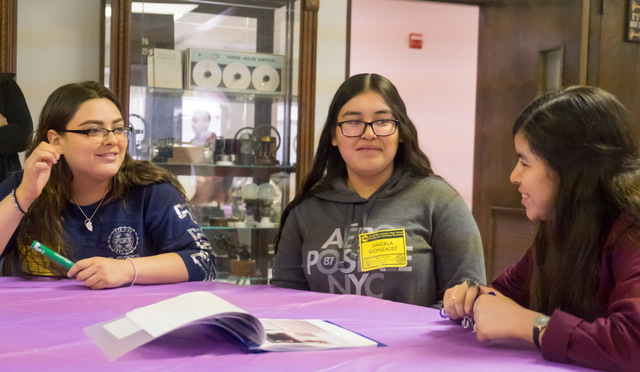 “We’re thrilled to have SASTEMIC and SAMSAT as our neighbors,” said South San Antonio High School teacher Kimberly Ransom, who leads the school’s Principles of Information Technology classes. “Today our students heard directly from industry professionals about the urgent need our leading industries have for bright and innovative minds. Days like this are an essential reinforcement for students—giving them a preview of what their own futures might look like as tomorrow’s experts in industries that are thriving, quite literally, in their own back yard at the Port.” 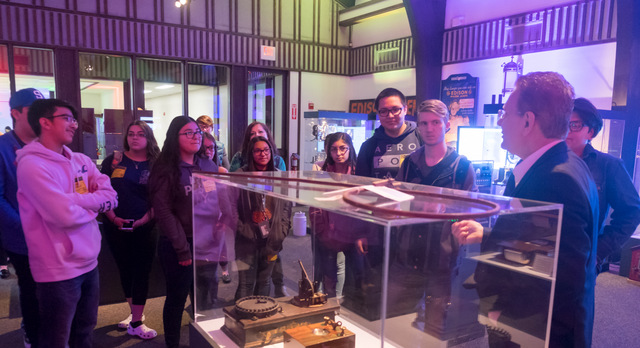 “San Antonio has played a very important role in the history of technological advances that transformed the world, but too often that story is not well known,” said SAMSAT founder David Monroe. “Breakthroughs in aerospace engineering, medicine and information technology unfolded in San Antonio. We’re here to tell that story, and to help young people connect with resources like SASTEMIC so they can help write future chapters.”

Monroe himself is a world-renowned pioneer in the development of several modern applications, including camera cellphones, teleradiology, wireless local area networks (LANs) and personal computers. Early examples of those innovations are part of the SAMSAT exhibits that the students toured as part of their visit on Monday.

“Days like today—and the growing collaboration between SASTEMIC AND SAMSAT—underscore our focus in creating a true community of innovators and big thinkers,” said Port President and CEO Roland Mower. “San Antonio as a whole, and the Port in particular, are positioned to make some extraordinary things happen in many industries with very bright futures. A critical step in that comprehensive effort is to make sure that we connect upcoming generations with those opportunities.”

Mower applauded SASTEMIC for making cybersecurity the focus of its first offering at the Port.

“San Antonio is one of the fastest-growing hubs of cyber expertise in the world—protecting digital assets worldwide against hacks and breaches. At the Port, we’re proud to be home to over a dozen organizations who employ more than 1,000 cyber warriors who protect massive digital infrastructures for the U.S. military and the private sector. I’m confident that today’s experience and similar programs in the works by SASTEMIC and SAMSAT will form the foundation for shaping our future talent.”

SAMSAT launched its operation at the Port in the summer of 2017. The organization occupies a 14,000-square-foot facility in the heart of the campus that exhibits an array of artifacts chronicling the history of technological breakthroughs in telecommunications, computing and other fields. The museum houses specimens of some of the earliest cryptographic instruments, cellular phones, light bulbs and computers.

SASTEMIC will leverage SAMSAT’s platform, which also includes an ample maker space area within its facility.