(REPRINTED UNDER LICENSE FROM THE HOUSTON CHRONICLE VIA COPYRIGHT.COM)

The Pentagon will soon choose a permanent home for the U.S. Space Command, and no location offers more opportunity or a richer history than Port San Antonio.

If the selection team makes the right decision, the new headquarters will benefit businesses across Texas. To understand why San Antonio is the right choice, you need to understand what Space Command will and will not do.

Space Command is not the same thing as the U.S. Space Force, the new military branch President Donald Trump created last year. Space Command is based on an area of responsibility like Central Command, the unit responsible for protecting U.S. interests in the Middle East and parts of Asia.

Space Command is responsible for defending the area more than 100 kilometers, or 62 miles, above sea level. The four-star general in command can pull from the Army, Navy, Air Force, Marines or Space Force as needed to fulfill that mission. 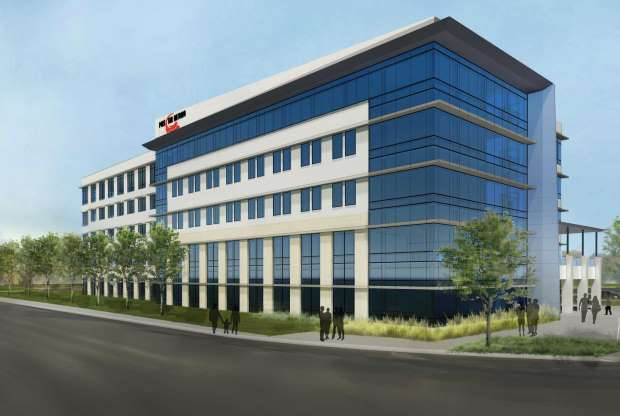 The new Project Tech Building 2 is a 174,000 square foot, $50 million office building officials say will open in 2021. The building is expected to house technology and cybersecurity firms.

While many Americans may have imagined squadrons of X-wing fighters like in the Star Wars movies, or Star Trek-like paramilitary explorers, the reality is much less cinematic. The men and women of Space Command will train, work and fight mostly from computer terminals.

“The mastery of space going forward is really about creating the ultimate network of connected systems and connected devices,” said Jim Perschbach, president and CEO of Port San Antonio, a government-owned industrial park and airport on the former Kelly Air Force Base.

“It’s not about going up in space ships, fighting Klingons and establishing galactic empires,” he added.

Perschbach and others see Space Command members not so much as starship troopers, but as British sailors patrolling 19th century trade routes. The mission is to keep the global economy operating as much as fighting.

Almost every business uses space-based assets, whether to communicate, navigate or collect strategic information. As the world becomes more dependent on space-based equipment, those assets become more of a target for bad actors. 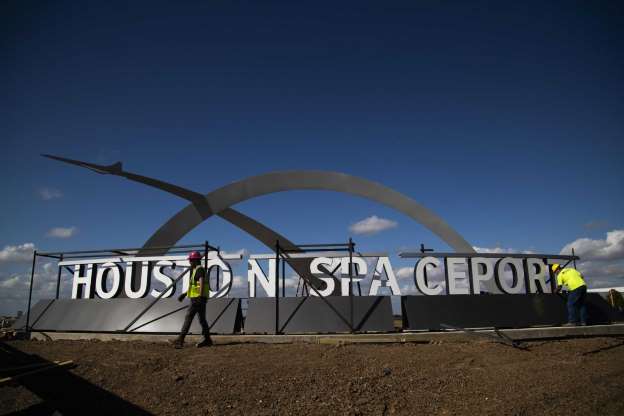 The entrance sign of the Houston Spaceport is being installed by workers, Thursday, Nov. 5, 2020, in Houston.

Several international treaties ban weapons of mass destruction in space, but other weapons are allowed. Which nations have what kinds of devices in orbit is one of the biggest questions facing militaries around the world.

Perhaps more destructive than satellite weapons, though, are cyber-attacks launched with nothing more than a keystroke and a radio signal. This is where Military City USA has an advantage.

San Antonio is already home to a National Security Agency cyber outpost and is the home of the 16th Air Force, the military unit in charge of global surveillance, reconnaissance, cyber warfare, electronic warfare and information operations. Co-locating Space Command with the NSA and the 16th would make sense.

Equally important, though, are San Antonio’s civilian offerings and Port San Antonio’s private-sector tenants, many of whom specialize in cybersecurity, robotics and aerospace.

The University of Texas at San Antonio is developing a world-renowned cybersecurity program and recently launched the Cyber Manufacturing Institute with the Department of Energy. The Southwest Research Institute is doing cutting-edge work on defense projects and space.

Locating Space Command in San Antonio would create 1,400 direct jobs and limitless opportunities for research institutions and entrepreneurs working on space and cybersecurity.

“The research and development they are going to need to do as we stand up and fully develop Space Command, into whatever form it’s going to take in the future, is going to do wonderful things for economic development, not just here at Port San Antonio, but throughout the state,” Perschbach said. 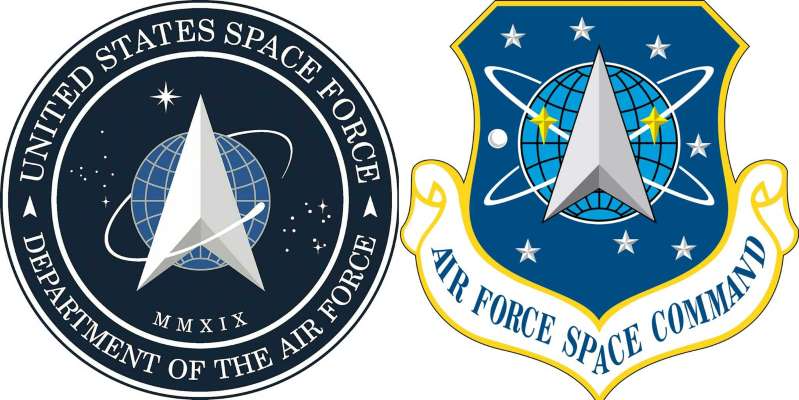 Space Command would call on contractors in Houston, home to NASA’s Johnson Space Center, and take advantage of Space-X’s facility in Boca Chica. In the longer-term, Perschbach sees Space Command boosting research into capturing space resources, such as harnessing solar energy for power or weaponry.

“Missiles are becoming like horses in the days when we developed tanks and airplanes, they become technologies of the past,” he told me. “If you can develop lasers and directed-energy systems, you are moving at the speed of light.”

I suggested to Perschbach that Port San Antonio trying to attract a military command was a little ironic for a former army air field, which still features some Art Deco structures abandoned when the Pentagon closed Kelly Air Force Base. But he suggested it was poetic.

Contractors used horse-drawn wagons in 1917 to clear Kelly’s first runway for biplanes made from wood, cloth and wire. By the time the base closed in 2001, the Air Force’s B-52 bombers and C-5 cargo jets had called that runway home.

“It’s an extension of what we did 100 years ago reinventing itself,” Perschbach said.

Texas and San Antonio have long played host to profound technological change, fueling not only military innovation but also private commerce in aviation. The Pentagon could not pick a better spot for the next chapter into space, nor could Texas businesses profit more. 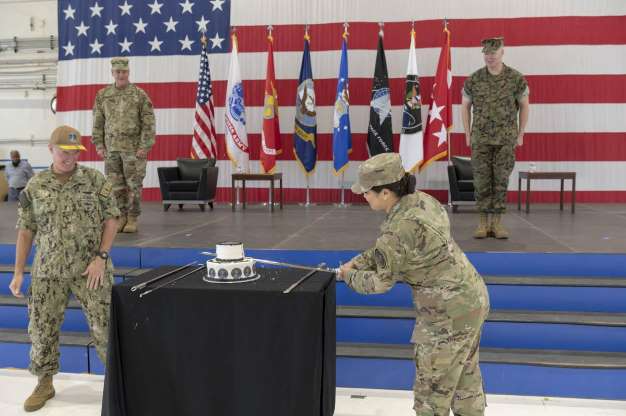