Station X, a top-secret repair and supply depot based in England, is where 1,000 civilian volunteers from Kelly Field kept Allied aircraft flying.

For over a century, the Port campus has been where tens of thousands of people have made a difference in the advancement of aviation. As the region's cornerstone of military activity for decades, the site once encompassing Duncan and Kelly Fields and, eventually, Kelly Air Force Base, was home to generations of enlisted servicemembers and civilians who supported the modernization of aircraft in an ever-changing global landscape.

During World War 2, over 1,000 civilians based at Kelly volunteered for an overseas mission known as Station X — a top-secret repair and supply depot headquartered at Burtonwood Repair Depot (BRD) in England — where they maintained and repaired an array of aircraft that included the B-17 Flying Fortress bomber, the P-47 Thunderbolt fighter and the P-38 Lightning fighter.

These volunteers were honored with the unveiling and permanent installation of a commemorative marker at the Port on May 21, 2022 — a reminder of the bravery and selflessness displayed during uncertain times.

"Today, we commemorate the courage of more than 1,000 Kelly workers as they braved a dangerous journey across the Atlantic to use their expertise to help our friends in the United Kingdom," said Port San Antonio Board Chair Chris Alderete. "For too long, this incredible accomplishment had only received a small mention in the history books. We are proud to unveil this permanent marker to honor those heroes — and to help tell their story for generations." 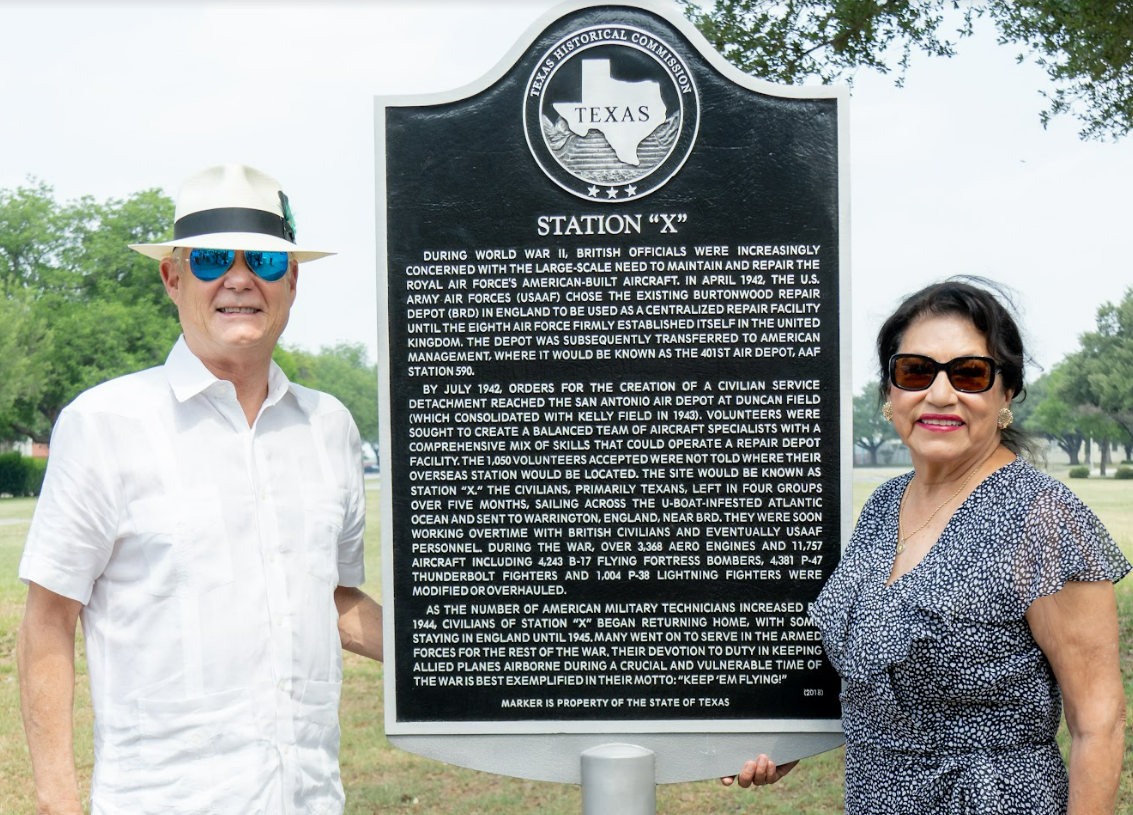 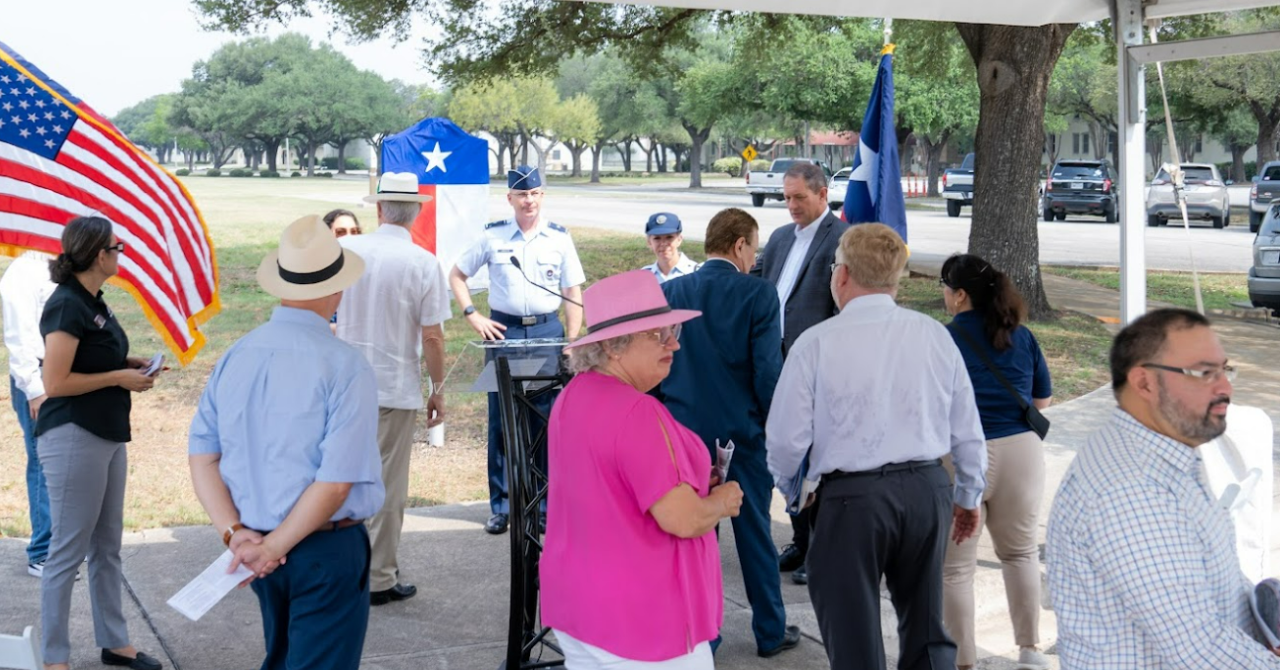 Dozens of civilians, veterans, active duty personnel and other history enthusiasts came to the unveiling ceremony. 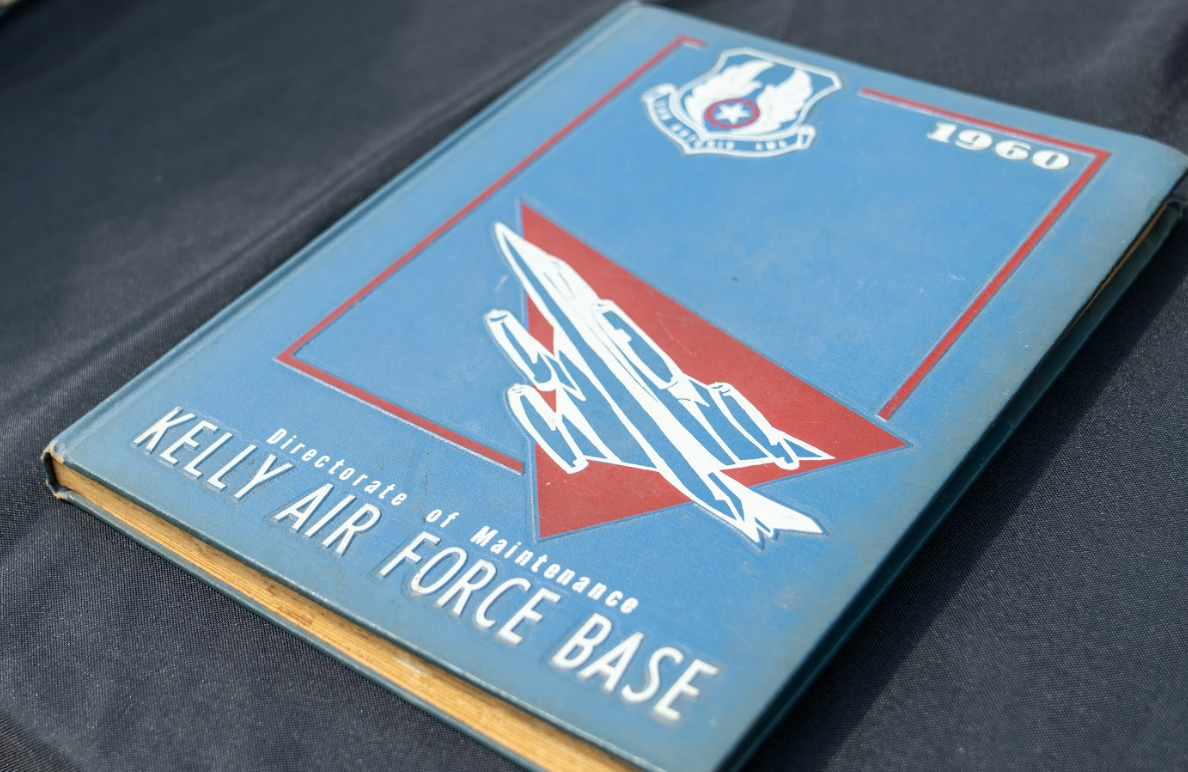 Following the ceremony, guests had the opportunity to peruse several Kelly yearbooks featuring family members—civilian and uniformed—who previously worked on the technology campus that is today Port San Antonio.

"When you reflect on the maintainers who came from here to support that war effort — building, rebuilding, fixing and refurbishing thousands of bombers and fighters — it is amazing what can happen when people come together,"  said Brig. Gen. Russell Driggers, Commander of the 502nd Air Base Wing. "There's nothing stronger than the heart of a volunteer, and here you have 1,000 of these volunteers coming together who were united in one purpose."

Because the fleet of the British Royal Air Force (RAF) — which featured American-built aircraft — had grown significantly during the war, American civilian technical workers that included the Kelly volunteers were needed to assist in the maintenance, repair and overhaul (MRO) of these machines. Deployments to BRD began on August 13, 1942 under the leadership of Frederick W. Wendt; initially, the volunteers were unaware of their deployment location. 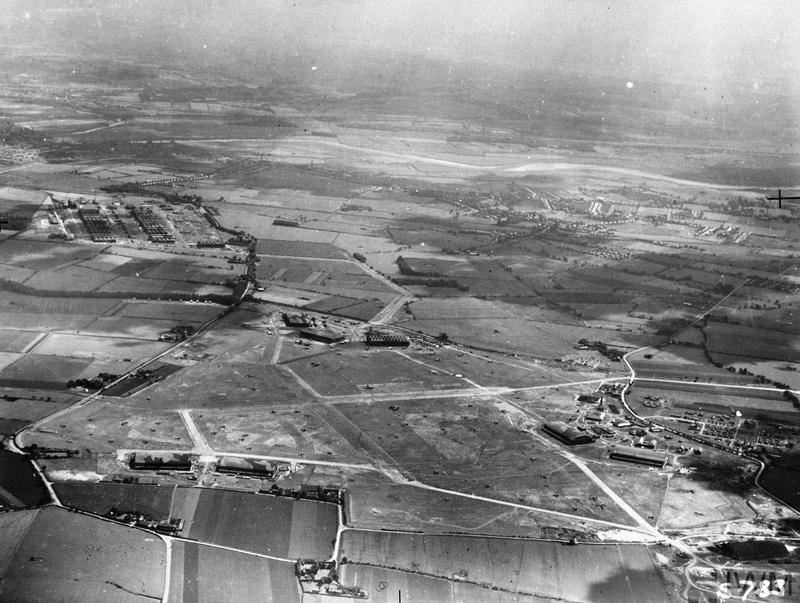 Aerial view of Royal Air Force (RAF) Burtonwood, Lancashire, England, from the north — where Station X was based. The Technical Site can be seen on the right, and A Site in the left foreground. No. 37 Maintenance Unit, the Burtonwood Repair Depot (BRD) and No. 21 School of Technical Training RAF are in the left background, linked by a taxiway to the Mary Ann Site at the south end of the airfield. Photo courtesy of Imperial War Museums.

"These civilians had one month to prepare for their deployment to Station X and did not know where they would be sent," said Station X historian Kent Knudson. "Upon their arrival at Burtonwood, the men and women from Kelly were divided into two groups and assigned to two 12-hour shifts as part of a five-and-a-half day workweek. It was around-the-clock maintenance complete with air raids."

The heroism displayed by the volunteers was evident. With constant invasion threats being top-of-mind, civilian technicians were required to wear U.S. Army uniforms during their Station X duties, so as not to be mistaken for American spies or members of the British Army.

The Station X mission would remain in place until February 1944. Some Kelly volunteers remained in England until 1945, while others returned home and served in the armed forces for the duration of the war.

"During World War II, the United Kingdom needed friends to survive, and we just happened to have the best friends that a country could have in the United States," added Lord Dunrossil, Honorary United Kingdom Consul and premiere trade representative for San Antonio. "To this day, the relationship is still second to none, and it's very much valued by the people of the United Kingdom. I am extremely honored to be able to come here and to express our gratitude as a country to the United States and to the group of Texans who came over and served during World War II." 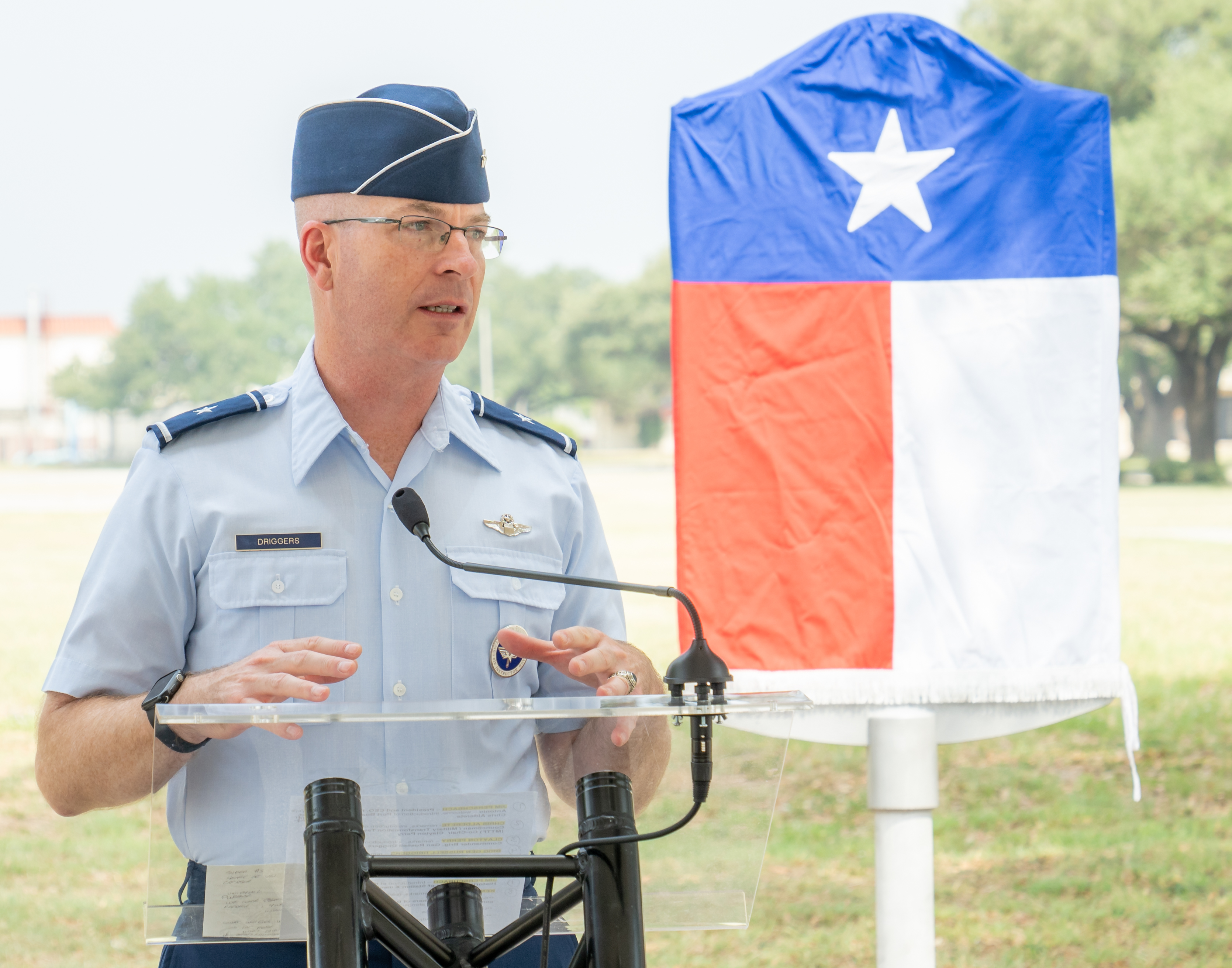 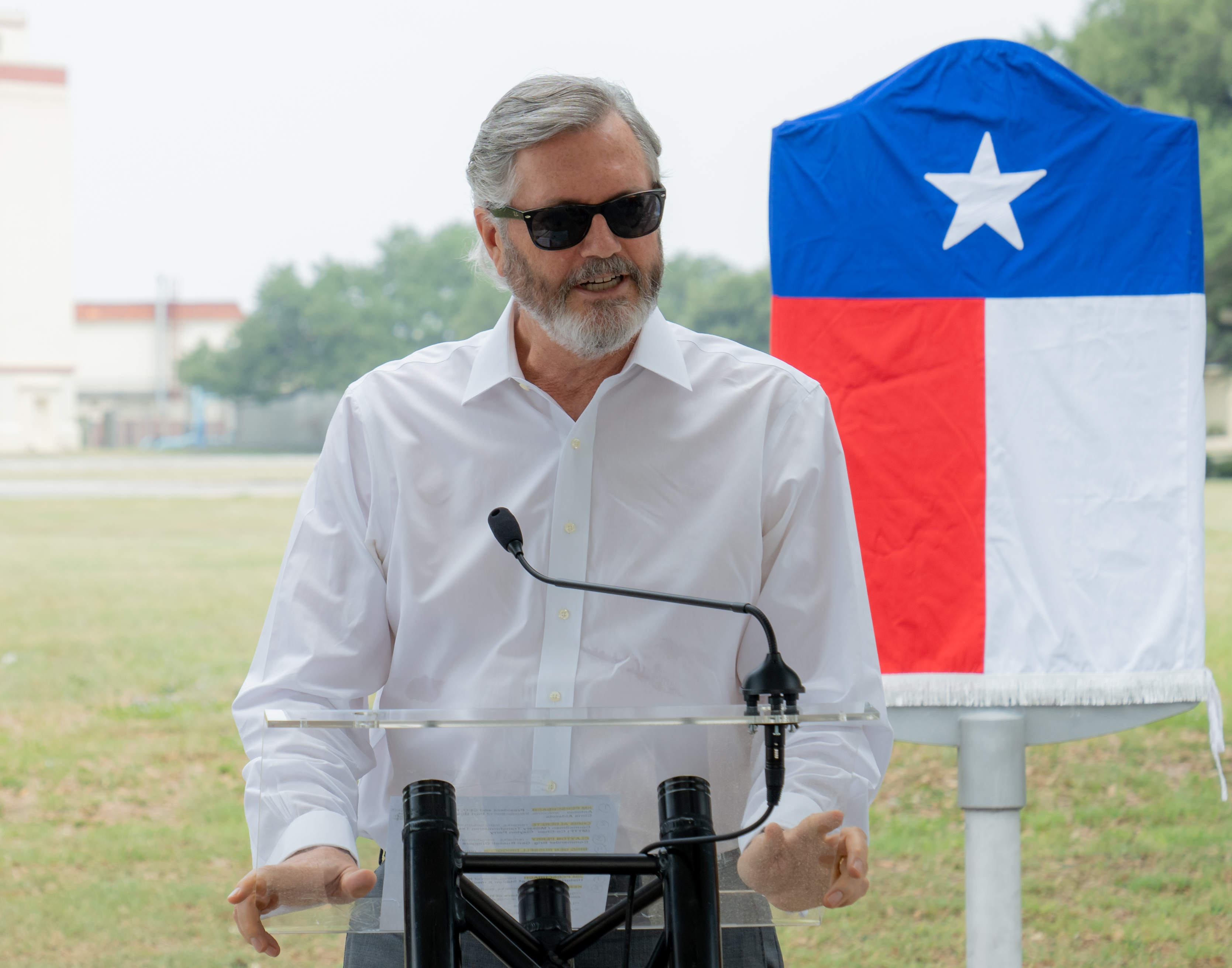 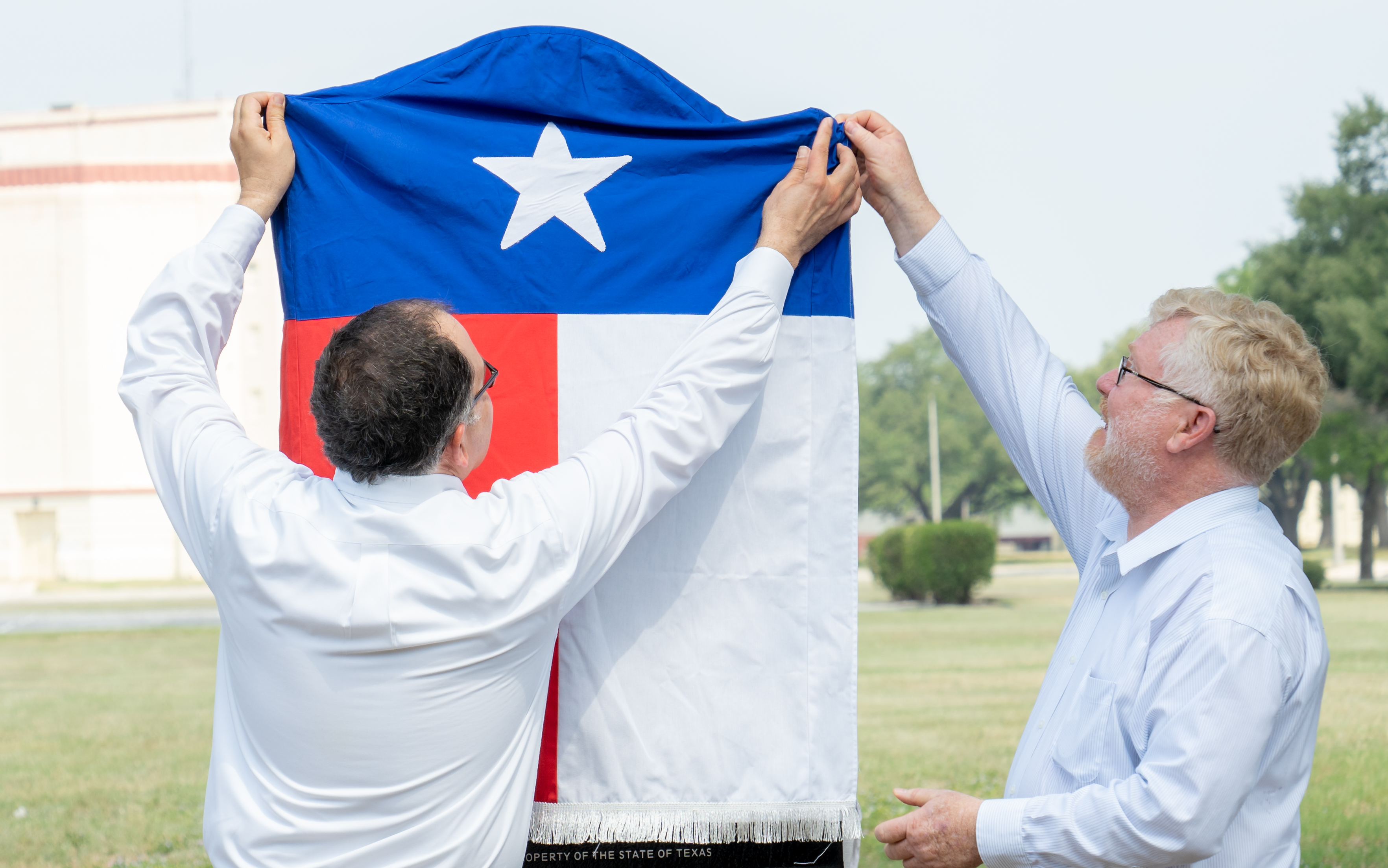 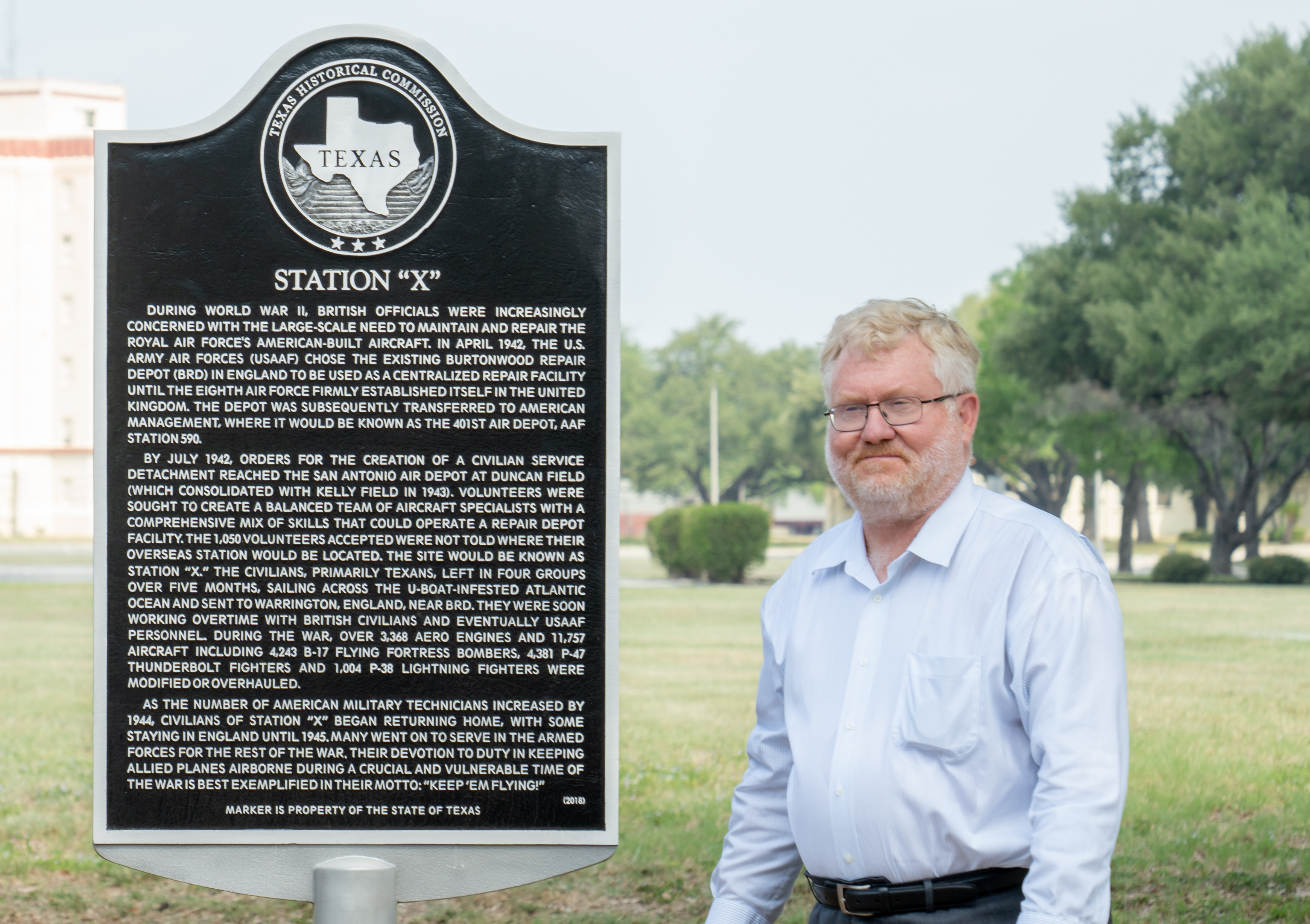 Historian Kent Knudson, whose father CG Knudson was an aircraft mechanic and Station X volunteer, stands next to the newly-unveiled commemorative plaque. Knudson also led the efforts coordinating between the Port and the Texas Historical Commission to research and install the new marker. 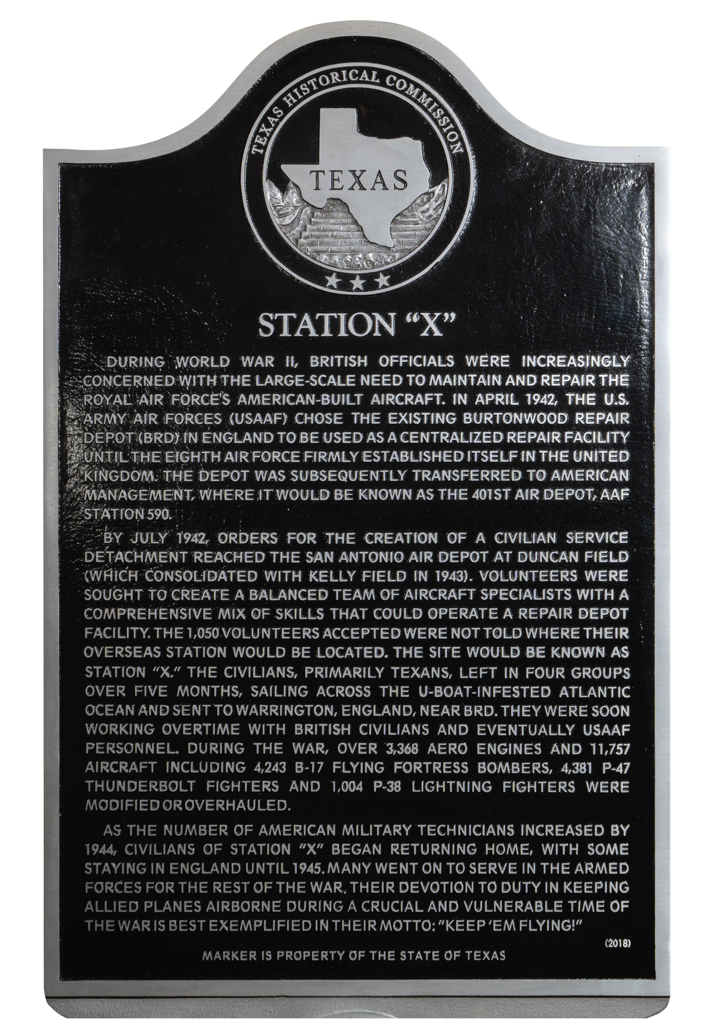