Attracting Business to Relocate to Your Community is Not That Hard

(REPRINTED UNDER LICENSE FROM THE HOUSTON CHRONICLE VIA COPYRIGHT.COM)

Texas is adding new residents faster than most other states, but with the energy business transforming away from fossil fuels, communities wonder how to attract the jobs of the future.

Mayors and county commissioners are worried about empty shopping malls and industrial areas, wondering what companies will fill those spaces. How can they attract corporations to add jobs and spur economic development? A chamber of commerce can never rest on its laurels, good times or bad. 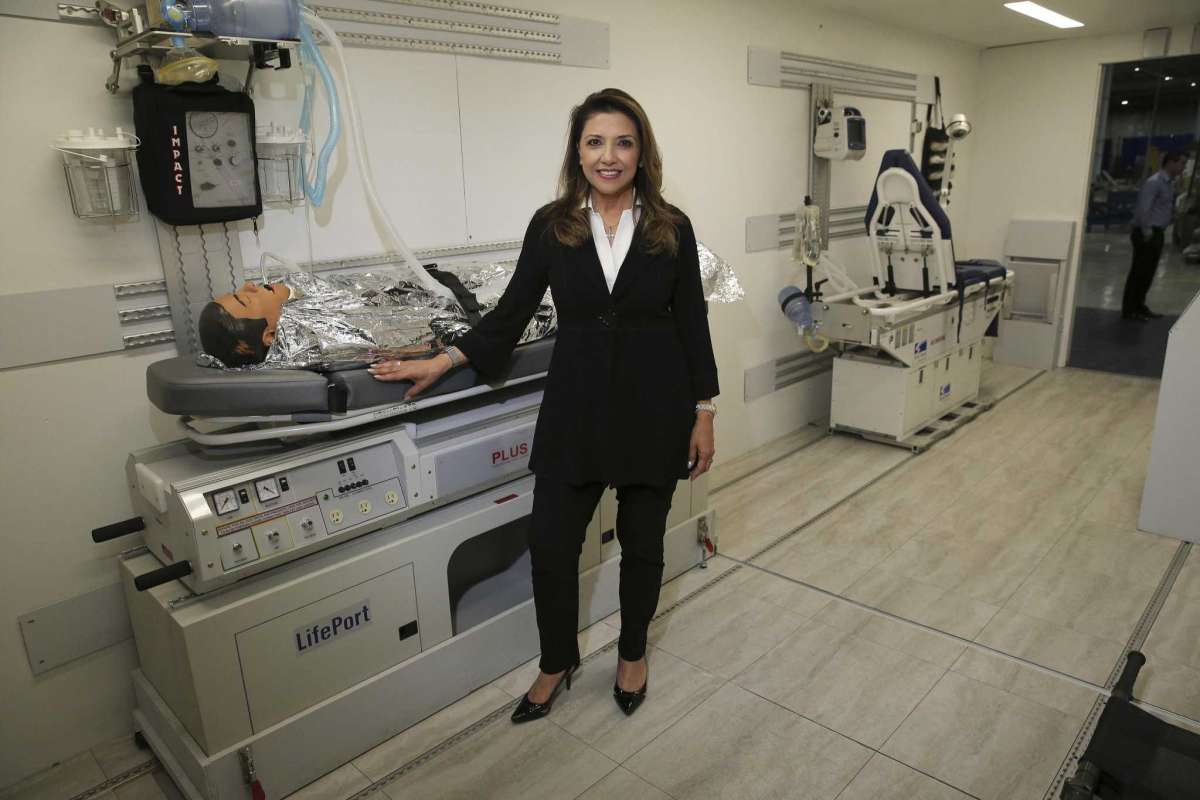 Knight Aerospace, headquartered at Port San Antonio, has started building flying hospital rooms to help governments respond to medical crises like COVID-19. CEO Bianca Rhodes (pictured) said their Universal Patient Modules are better designed and built to handle the rigors of flight and are customized to the needs of their clientele.

Rice University, the City of Houston and an array of private backers are transforming several blocks around the downtown Sears store to create an Innovation Corridor. One of the prime tenants will be Greentown Labs, a cleantech startup incubator from Somerset, MA.

Both projects follow the best practices of any economic development project by building on the region’s existing strengths. San Antonio has a strong aviation legacy and is home to federal government cyber-operations. Houston is the energy capital of the nation and has strong engineering research universities.

Expanding on your strengths, though, is just the first step, said Tom Stringer, managing director for site selection and incentives at BDO, the New York corporate advisory firm.

“Texas has been a very successful state in terms of economic development, certainly across the last decade,” he said in an interview. “That heavy lifting was done a decade-plus ago and continues to this day, but it shows you the length of time that germination takes place for some of these big types of projects.

Tax incentives get most of the press when a company decides to relocate. Amazon and Tesla both famously auctioned off a headquarters and a battery factory to the city, county and state willing to provide the most tax breaks and other inducements.

Incentives, though, are only the icing for most companies considering an expansion or relocation, said Stringer, who makes his money helping CEOs negotiate the best deal.

Geographic location, access to transportation links, affordable land, utility prices and even the time zone are often more important factors, he added. The most important thing a company looks for is also usually its most significant expense: a reliable workforce.

Austin recently won Tesla’s cybertruck assembly plant, a surprise considering there are no other automakers in Central Texas. But Austin is home to a lot of tech workers, and Toyota’s pickup plant is just down Highway 130 in San Antonio, surrounded by original equipment manufacturers.

“You look for not just traditional automotive skillsets in assembly and engineering, those are super important, but you also want to get skillsets that are in engineering, in battery sciences, in electric vehicles and transportation systems,” Stringer said. “And you want communities that are open-minded to helping testbed and deploy those technologies..

Companies looking to relocate also want a place where people are happy to live. Affordable homes are great, but not if the public schools are bad. Rich cultural resources are attractive, but not if the air and water are dirty.

“Whether it’s school systems, home prices, amenities in the region, what types of colleges, universities and pre-K schools are there, those are all factors that go into quality of life analysis, and they also influence the caliber of the workforce,” he said. “The components are going to differ for each company.

Ultimately, though, incentives will make or break a deal. The amount of incentives required is inversely proportional to how well a community meets a company’s other needs.

“If you’re cost-competitive, and you’ve got all the right skillsets, and this is a great place to build this project, you’re completely cost-competitive,” Stringer explained. “Then, your incentives can be much lower because you’re bringing the value proposition to the table.

Former Gov. Rick Perry worked harder than any state leader to bring businesses to Texas, going so far as investing taxpayer money in companies or writing a check to go beyond the tax breaks. Many conservative businesspeople hailed his efforts, which brought Toyota and other big firms to Texas.

If we want to be genuinely competitive, though, we should invest in our people and places to make Texas more appealing. The most attractive candidate, after all, never needs to grovel for attention.

By investing in ourselves, we also get to retain the benefits of a more robust state long after the corporation has moved on.