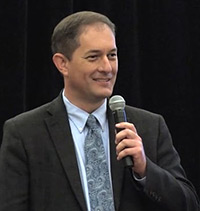 The Alamo City is a world champ in its support of military aircraft.

Right now, Boeing’s factories across the U.S. are tackling orders for 5,000 new aircraft valued at half a trillion dollars. And those airplanes will require millions of hours of maintenance support during their life-cycle.

Upcoming opportunities to serve the next generation of airliners and cargo aircraft could bring billions of dollars and create thousands of new jobs in the region.

After all, you build an aircraft once. But you maintain it for decades.

In San Antonio, we’ve been specializing in maintenance work for the U.S. military since the dawn of aviation—100 years ago.

So does our community have the right stuff to also meet the growing needs of the vibrant commercial aerospace  sector, whose platforms and business model are significantly different from the military workload?

Port San Antonio’s Jim Perschbach gives a candid assessment of the region’s current capabilities and strengths as well key areas that need to be reinforced to compete in the commercial aerospace industry’s global big leagues.

He also highlights the Port’s ambitious plans—in partnership with customers Boeing, Lockheed Martin, StandardAero, Chromalloy, GDC Technics and other heavy-hitters—to broaden the range of services they offer at their local operations.

Together, the Port and our customers are working to create a premier center in San Antonio that provides nose-to-tail support for commercial aircraft operators.

We have our sights set on creating added value by reducing down-time in the workshop and keeping the global fleet productive across the world’s skies.