SAN ANTONIO, TEXAS – Following back-to-back launches of new cybersecurity labs on its campus in recent months, Port San Antonio is accelerating plans to provide substantial additional capacity for further growth of one of the largest and most robust industry sectors in South Texas.

The Port’s board of directors has approved construction of a new five-story office building on the 1,900-acre technology campus. The upcoming facility, known as Project Tech Building 2, will span five stories totaling over 174,000 square feet. It will be located on a 16-acre parcel on the east corner of the intersection of General Hudnell Dr. and General McMullen Dr. The new facility will face two other buildings: The Roberson Building and Project Tech Building 1 – the latter which was completed in 2018.

Project Tech Building 2 further raises Port San Antonio’s profile as a leading economic engine for the region—a place where more than 2,000 advanced industry jobs have been created since the spring of 2018. Because of this recent growth, the campus is now home to over 13,000 jobs—people who are leading innovations in cybersecurity, aerospace, defense, applied technologies, manufacturing and supply chains.

“At the Port, we say we’re a unique place where people can build their futures, and this upcoming project is an important example of that vision,” said Port San Antonio Board of Directors Chair Chris Alderete. “As we continue to fill spaces quickly, we are sending an important message: The cybersecurity industry is confident in continuing to grow and innovate in San Antonio, and the place where they want to do it is right here at the Port—the heart of Cyber City, USA,” she added.

“The Port holds a special place in this community. For 100 years leading industries have operated here and have launched innovations that have changed the world,” said Port President and CEO Jim Perschbach. 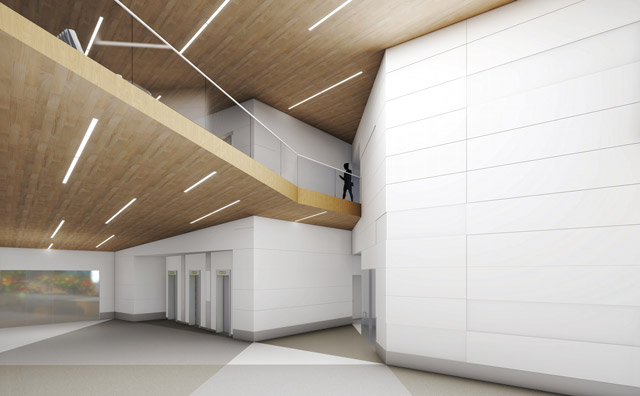 “By providing even more large strategic spaces, now with the addition of Project Tech Building 2, we are revving up the pace. Our new facility will further strengthen the ability that leading cybersecurity experts based right here in San Antonio will have to write the next chapters in technological innovations as they connect with opportunities across the nation and around the world.”

The new building will break ground in October and completion is expected by early 2021.

Two key facilities at the Port are already home to major cybersecurity operations and located directly across from the upcoming new facility. Project Tech Building 1 (top photo) and the Roberson Building (below). 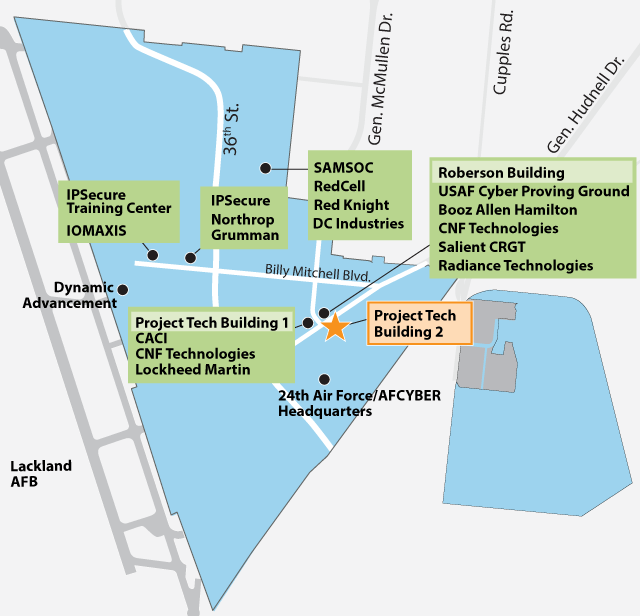 The Port campus is also within a short drive from other national security operations, including the National Security Agency (NSA) and the headquarters of the 25th Air Force.  Earlier in September, the formal integration of 24th and 25th Air Forces was announced as the new Information Warfare (IW) Component-Numbered Air Force (NAF). It will be designated as the 16th Air Force—a command that combines the Air Force’s cyber and intelligence, surveillance and reconnaissance (ISR) capabilities under a single commander. It will be activated in San Antonio later this year.

Additionally, San Antonio’s critical mass in defense-based cybersecurity expertise—the largest concentration of industry experts outside of Washington, D.C.—has positioned the region, and Port San Antonio in particular, as the epicenter for strategic collaboration between information security experts and leading industries whose continued operations are based on strengthening the resiliency of their connected systems. These include power generation, aviation, biomedicine, manufacturing, supply chains and financial services, all of which have a large and longstanding presence in San Antonio.

As it launches Project Tech Building 2, Port San Antonio continues to advance plans to open an expansive innovation center in the heart of the campus. That project envisions the creation of a large state-of-the-art facility to include a technology arena / conference venue, a showroom to publicly demonstrate cyber and other technologies developed by Port customers, a collaborative maker-space where industries, universities and other stakeholders can prototype new technologies, an expansion of the San Antonio Museum of Science and Technology (SAMSAT) –which features a vast array of globally-renowned technology exhibits, and related training and meeting facilities. 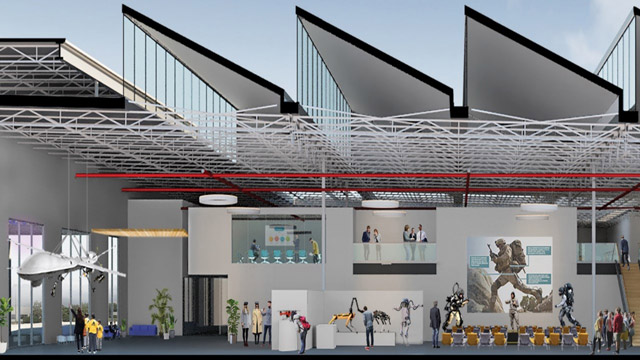